De La is hard at work on their upcoming eighth album, but this track won't make the cut 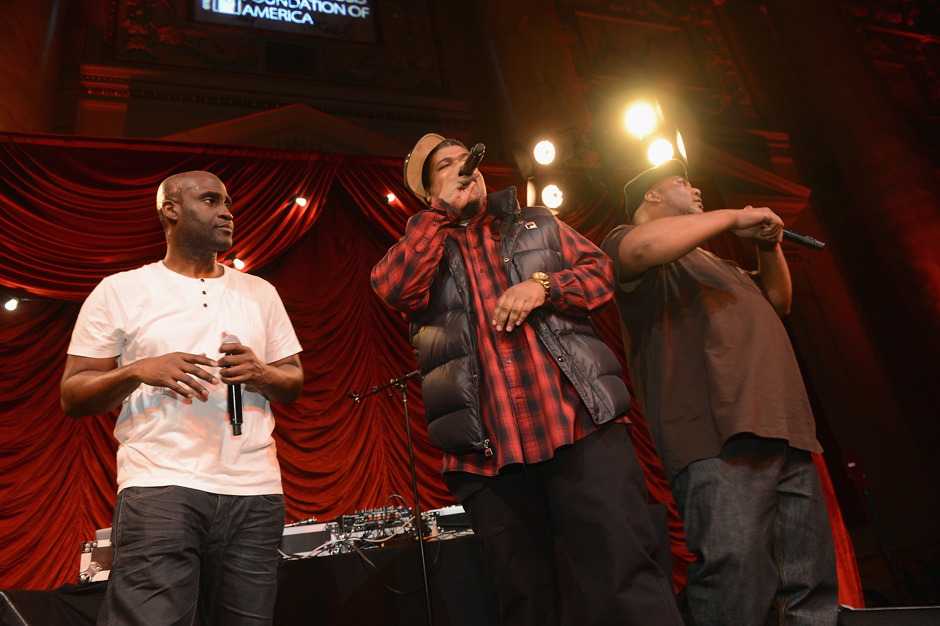 Not long after hitting the Kickstarter goal (and then some) to crowdfund their upcoming album, hip-hop pioneers De La Soul have released “God It,” a non-LP track that features New York’s own legend, Nas. In a statement, the classic rap trio said:

While busy at work, we also like to play. This song is not on the new album, but an indication of good music to come. The song was produced by G_Force and you may recognize our featured guest. We’re still in Atlanta recording and it sounds amazing! We can’t wait to get this new album to you.

“God It” sports a chopped and screwed horn section that gives it a refreshingly retro base to build on. The rappers’ rhymes are slick, the production is lithe, and “God It” shows that yes, like they say, “Still got it, baby boy.” Stream the new cut below and look for De La’s eighth album as the year unfurls.