Will Butler has always been an outlier. As Arcade Fire’s second-most-famous Butler, he’s always made being weird seem just as alluring as fitting in. During the band’s live shows, the multi-hyphenate artist (synthesizer, bass, guitar, clarinet, and hell, even the glockenspiel) avoids the spotlight while throwing out enough manic energy — howling in one moment, murmuring gushy love notes the next — and musicianship to power an arena all his own.

That’s part of what makes Butler’s solo debut Policy such a wisely crafted piece of tomfoolery. Here, he’s plotted an expansive world all his own in just eight concise tracks — maybe that’s where he escapes during concerts, hair whipping in the air, face slicked with sweat, eyes both wild and focused. On “What I Want,” the oddball ambles his way through a wishlist of desires, while actually bending to his partner’s whims: “I will buy you a pony / We could cook it for supper / I know a great recipe for pony macaroni,” he sings in what’ll surely be the album’s most quoted line. This record’s like a charming stroll through a garden maze with ludicrous traps and surprises around each hedge, dashing lyrical expectations aside and plumbing emotionally fraught harmonies in the same breath.

That said, Policy is carefully points out the pieces it’s made of: There’s laughter, both intentional (“I like the music to have a drunken feel, but one that’s meticulously crafted,” Butler told SPIN) and completely by accident, like the nervous giggle that might escape in the emotional torment of a transition between “What I Want” and “Sing to Me.” He’s a nimble wordsmith and producer, constantly tinkering with his own sound and ducking conventions on what could’ve been easily dismissed as an Arcade Fire side project. It’s not: This is the birth of Will Butler, solo artist, whose career seems just as woozily unpredictable and captivating as that of his “day job.”

In late January, SPIN called Butler — who was in Canada at the time, resting up before an extensive spring tour, which will include a stop at our SXSW day party later this month — to talk about Policy, what it’s like testing out songs onstage, and Canadian’s predilection for pony macaroni. 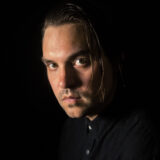 Was your show at Baby’s All Right in November the first time you played the new songs all the way through?
No, I’ve played a few truly random solo shows on tour — truly just “me and a guitar” shows, like, 20 minute opening sets on random bills.

When I saw you, there were songs I heard that don’t show up on Policy.
I think it’s such a luxury to play stuff that people don’t know live. You just get to see what happens and you get better at playing them. I’ll definitely record whatever is best from those songs, but not necessarily in the next six months. There will be other albums, but I don’t know when.

Why was 2014 the year you tried your hand at solo work?
I had always wanted to. I had it in the back of my mind that I would put out an album at some point, that I would have a career as Will Butler, whether that was writing or music. It didn’t have to be putting out an album. I think the proximate cause was the Oscar nomination [for Her in 2013], where me and Owen [Pallett] got nominated for work, because the whole band worked on the soundtrack, and then my name was on it, which was also not crazy because me and Owen did definitely deliver it and birthed the soundtrack at the end there. Having something arty released essentially under my own name, I was like, “Oh, if I have something under my own name, it might as well be something that is totally under my own name.” There was also a moment where I thought it’d be fun — like, post-Oscar nomination and Reflektor, I felt like I was a public artistic figure in a way that I hadn’t been. I was like, “People might have an expectation and I can play with that expectation in a way that’s fun.”

You’ve talked about enjoying a bit of anonymity as a background member of Arcade Fire. Did you fear trading that in when you decided to release something under your own name?
Not really. The only decision was what to call myself, and “Will Butler” seemed as good a name as any. I’ll deal with the problem of being recognizable when that happens… if it happens. I’m not worried about it in advance, but I’m also to a point where we’ve just done so many things in public, and I’ve done so many stupid things onstage that I really have a confidence that who I am in public is not necessarily who I am as a person. It’s not like who I am in private is any more who I am, but then being who I am in public doesn’t truly affect who I am, so far. Who knows? It might be a horrible spiral of cocaine and car crashes.

You’re just coming off of this massive Reflektor cycle and you’ll need to adjust from doing massive arena tours to more intimate shows. Are you excited about that transition?
Yeah, very much so. It’s very artistically invigorating to be able to see people’s faces and to be playing music that people don’t know. It’s a really exciting chance to play something fresh because you get to have a conversation in a way that’s really satisfying.

One of my favorite Policy cuts is “What I Want” because it dips between emotionally invested moments and off-the-cuff humorous moments. Have you ever eaten horse, like you suggest on that track?
It was mostly just a joke, although I have had horse before. It’s not uncommon to see it in Quebec. I think it might be less popular than it was ten years ago. You used to see it in the grocery store every once in a while but I don’t know if you do anymore.

Angst and loneliness both pop up in a lot of the songs on Policy. At the same time, the album sounds incredibly lush with its backup singers and even a horn section. How did you go about assembling a team to help you with this album?
When I booked the sessions I also asked Jeremy [Gara] if he could come drum, so he was there for the first four full days. It was just me, him, and the engineer, Ben Baptie, laying stuff down and then I had finished the rest. I’d just been touring with Stuart [Bogie, of Superhuman Happiness], and also Matt Bauder, our other touring saxophonist who played on the album. He plays the clarinet on “Sing to Me,” and he plays the sax solo in “Witness.” That’s part of why I recorded in New York. There’s just an infinite talent pool. My backing singers are my wife, and one of her friends, who was once in West Side Story on Broadway, and then her sister, and my wife’s sister, who is a really talented musician, [and] a friend who has a Masters in music and plays in rock bands but also has a Masters in Irish music. I was like, “OK, well shit, you guys are obviously talented. Let’s do this.”

Did you ever feel any sort of pressure to make this record sound like an Arcade Fire side project?
Merge would never tell anyone what to do. At a certain point, I considered making it an EP versus an album, and Merge was like, “You might as well just make it an album because people know what an album is.” I sent it to people for their opinions and most of them — ones I’ve shared at times — were that it’s so all-over-the-place stylistically. It goes from “What I Want” to “Sing to Me.”  Everyone was like, “I really like this, but I think people might feel more comfortable if it was more of the same thing.” I was like, “Oh yeah, maybe they would,” and I tried, but I just can’t. I feel like people like everything. People like The White Album, but that was the sixth or seventh album, so they already hit their stride by the time they went White Album. I didn’t want to start with a White Album.

Did you feel your role as a musician change when you got the opportunity to do a solo LP?
Oh yeah, it’s very much no compromise necessary.

Was that difficult in terms of knowing that you had all that freedom?
At this stage in terms of the romance, it’s still very exciting. If I did six albums a year, I’d be like, “I just want artistic collaborators,” but I did plenty of collaborations on this. Certainly this time around it was fresh and invigorating and exciting. What’s not to like?

Arcade Fire is my younger brother’s favorite band, and he also loves Policy.  When I told him I was talking to you today, he told me to ask you if you have any secrets.
If I have any secrets? Yes, not terribly many though. I’m pretty good at keeping secrets. Mum’s the word.

Album of the Week, Reviews, will butler