The Aussie rapper dishes on the tape's biggest jams, most quoted lyrics and most unexpected fans 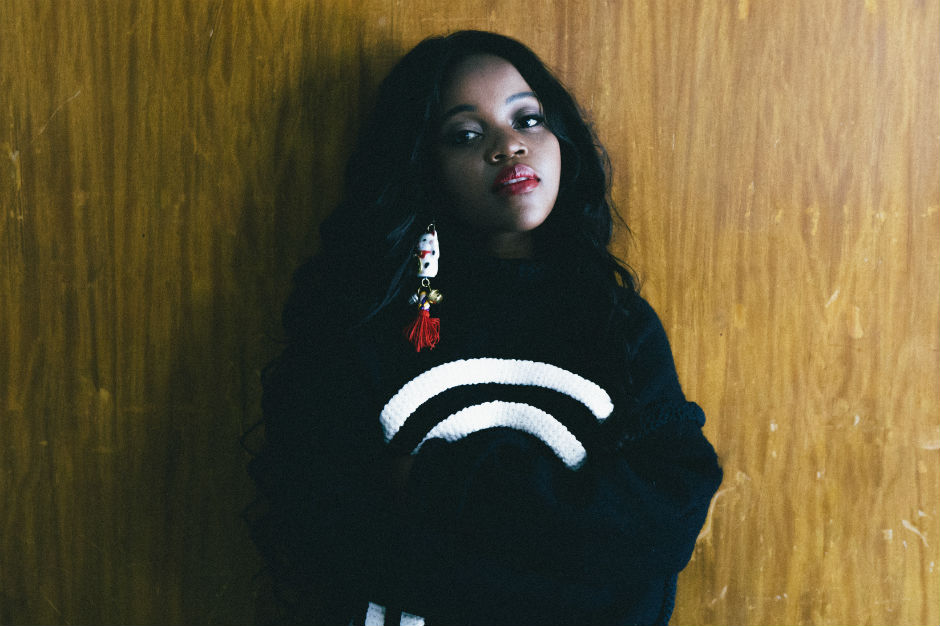 Australia rapper Tkay Maidza’s Switch Tape hit the ground speeding when it was released on the teenager’s SoundCloud last October. A bumper-car ride through hip-hop, pop and dance, Switch Tape was one of the most freewheeling and exciting debuts of the year, much less one for an artist who couldn’t legally drink for another two years. (In this country anyway, back in her home down under, she could’ve spent the entirety of 2014 tanked if she was so inclined.)

Before hitting South by Southwest this March, Tkay answered some questions from SPIN over e-mail about her breakthrough mixtape, telling the stories behind some of the album’s more memorable tracks and indelible moments, as well as which TV actor became her favorite Twitter follower.

What was your life like when you recorded Switch Tape? How has it changed since?
It’s definitely become a lot busier in terms of touring and writing, and it’s cool that a lot more people are starting to take notice, which makes me happy.

What was the first song you recorded for the mixtape? Did it come together quickly after that?
“Brontosaurus” existed a year before I even began writing this tape. But i think “Switch Lanes” was the first one that made me feel like “OK, this is excactly how I want things to start sounding like.”

What’s your favorite sample on the mixtape? Favorite beat?
I think the Kanye sample [from “Black Skinhead”] in “Always Been” is my fave. Because I like Kanye and I imagined that sample being there when i was writing the song.

Which lyric do fans seem to quote the most on Twitter? Is it one of your favorites too?
“I don’t know why they think we’re alike, when I win it’s like I give them life. I think that’s the one I’ve seen a lot.

What song was the biggest pain in the ass to record?
“They Say” probably was the most annoying one to record because I couldn’t get the singing right, but I knew I needed a lot of mixing and the right person to tune the vocals so I could sound excactly how I wanted. So I think I re-recorded the vocals three times within a month, but it was so spaced out, because every time I kept hearing the final versions we realised it realized to be re-done again until we found someone.

What song gets biggest response when you play it live?
Each song has their own. “Brontosaurus,” mainly because it’s such a party jam and tells everyone to get up. “U-huh,” “Switch Lanes” and “M.O.B.” also get people going too.

Have the original artists of any of the songs featured on the tape shouted you out for using them? Have you gotten any other shoutouts that really blew you away?
Yeah a couple of the producers I have worked with have given shoutouts, and others that I really like have hit me up to work, which is a massive complement in itself. Will Poulter, my fave actor from We Are the Millers followed me on Twitter and I wanted to cry.

Where did the cover image come from?
its a screen shot from the “Switch Lanes” music video. Its really sus and minimal which describes me heaps.

Are you working on a follow-up yet? Any new stuff we might hear at SXSW?
Yeah! I’m writing right now. Maybe not in time for SXSW but there is definitely a lot of new music I’m working on right now.