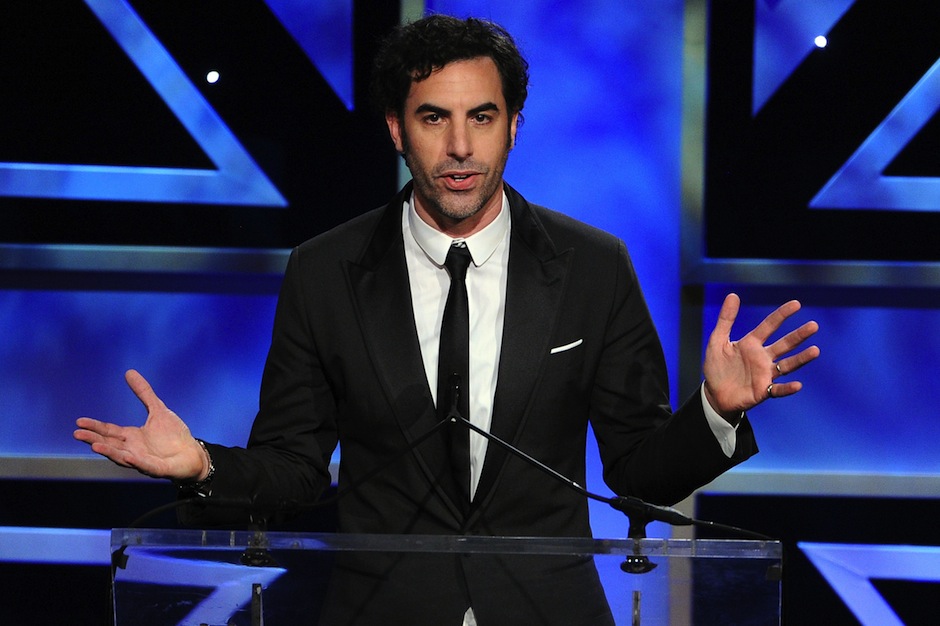 Update: Queen guitarist Brian May has posted on his website that manager Jim Beach was only joking when he reported the news of Sacha Baron Cohen’s return to the biopic. According to May, what he actually said was that the Bruno actor would be returning to the film to play “all four major roles.” SPIN regrets the error.

After nearly a decade of uncertainty, it seems that the long-rumored Queen biopic starring Sacha Baron Cohen is back on track. According to Music Week reports, Queen’s manager Jim Beach revealed during this year’s Artist and Manager Awards that the Borat star had rejoined the production in an even bigger capacity than before.

Cohen was first rumored to play singer Freddie Mercury way back in 2007 with director Tom Hooper at the helm. But after a number of writers and directors circled through the project, it became clear that Cohen’s vision wasn’t lining up with that of the band. So in 2013 he officially left the role, but Beach said yesterday while receiving the Peter Grant award for outstanding achievement that Cohen has come back to write, produce, direct, and star in the film.

As Consequence of Sound notes, Beach didn’t mention when work would begin on the production.

Queen’s Brian May Tore His Butt Muscle While Gardening