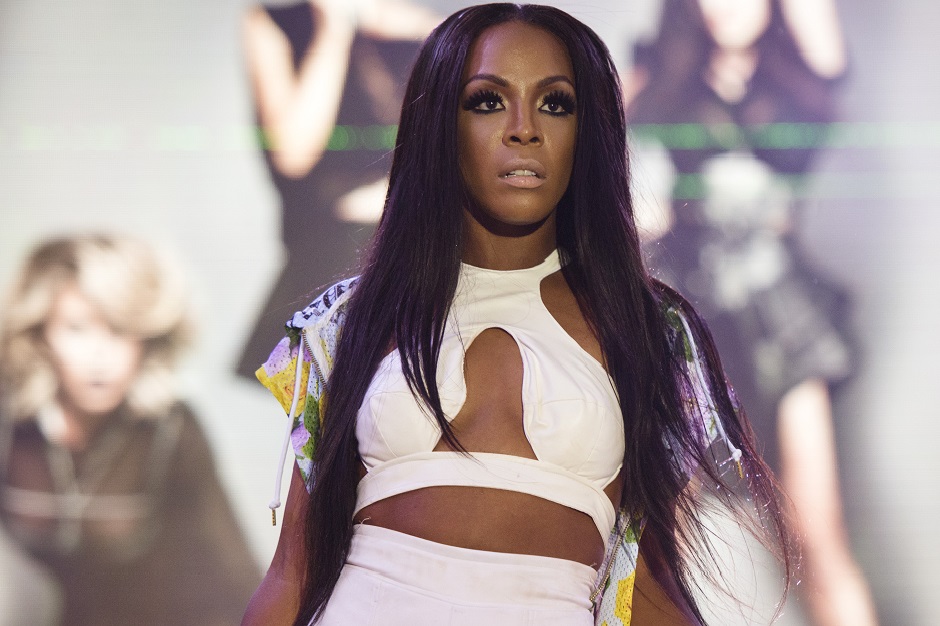 There’s too much music. The Internet cemented that from here on out there’s always going to be worthy releases that fall between the cracks — not to mention albums that grow on you, albums that require more attention than others or only hit you in the right light, and good-seeming albums that age better than ones you might have thought were great on first listen. Our ability to process music is always in flux, and as such, you shouldn’t have to wait til a year-end list to know what else we’ve been digging just because they missed the press cycle. So here are six 2015 records — from twee-punk to Swedish teen-pop to immersive art-soul — that you don’t want to go another week missing.

Dawn Richard, Blackheart (Our Dawn)
Her voice pulled to Frippertronic ribbons on a so-called “interlude” like “Choices,” this is where the 31-year-old Danity Kane alumna joins Robyn and Ferreira and Lambert as another prefab non-headliner gone rogue as a weirdo genius. Richard is studio adept unlike any of the above-named though, and on the second album of her “Heart” trilogy she improves on the Linndrum sonics of her debut by offering gourd piano, Flaming Lips-fried vocoder, treated bell simulacra worthy of Aphex Twin, a seven-minute adderall threnody that would make ScHoolboy Q green, an original called “Billie Jean” with the word “pussy” in it, and the half-wordless opener “Calypso,” whose runaway train intro admittedly defies description — but try “Skrillex covering Gloria Estefan.” — DAN WEISS

Quarterbacks, Quarterbacks (Team Love)
With 19 songs in 22 minutes, Quarterbacks might not be the first group to marry twee melodies and lyrics to hardcore energy and efficiency, but their self-titled debut certainly pulls off this unlikely union more seamlessly than anyone else has. Some songs have a chorus, some don’t, some it’s hard to tell because there’s not enough verse to contrast, but all are striking enough in singer/songwriter Dean Eagle’s sweetly out-of-tune mewing and unassuming mini-confessionals (“One time I showed you a song / You only thought that it was kind of good”) to impress nonetheless. The secret weapon is drummer Max Restaino, whose double-time pummeling provides the band’s center, keeping the album from drifting off into a LiveJournal daydream. — ANDREW UNTERBERGER

Elle King, Love Stuff (RCA)
Cheeky spitfire Elle King could be Jack White’s scrappy little sister; she hails from Ohio but sounds like she was born and bred in Nashville or somesuch whiskey-soaked metropolis. On her rough’n’tumble debut LP, Love Stuff, King scowls, growls, and pronounces “hell” like “hay-lle” as she rasps, “I got one hand on the bottle / And one foot in the grave / It’s been too long since I slept / but I ain’t got time to waste,” accompanied by bluesy guitar crunches and not-too-Mumford-y stomp-claps. If King’s going to the underworld, she’s taking us down with her. — RACHEL BRODSKY

Zara Larsson, Uncovered EP (TEN)
You wouldn’t expect one of the finest pop debuts of the year from a 17-year-old Swede — except actually, in retrospect, it’s exactly what you’d expect. Larsson is a savvy former contestant on the Swedish version of America’s Got Talent, possessing a raspy, evocative growl that could easily be mistaken for Rihanna’s in a blind test. On the standout “Rooftop,” she makes a casual late-summer party sound like the hottest ticket in town. Larsson is capable of belting the slower ballads, harnessing teen fury on the most radio-ready cuts, and seamlessly putting R&B and electro-pop in a blender on this six-track EP. Or as she told SPIN in late January: “I am not super anything, you know? I just think a good song is a good song. That’s what my EP is filled with.” We couldn’t agree more. — BRENNAN CARLEY

Dan Deacon, Gliss Riffer (Domino)
After tackling an entire continent on his last album (2012’s America), iconoclastic electronic expert Dan Deacon decided to scale back for Gliss Riffer, resulting in his most intimate — but still deliriously fun — album yet. Through tracks like “Learning to Relax” and “When I Was Done Dying,” the Baltimore composer uses imaginative imagery to explore the restless and at times somewhat darker aspects of his own psyche: “So I fell asleep softly at the edge of a cave / But I should have gone deeper but I’m not so brave.” Deacon counterbalances this anxiety with layers upon layers of vibrant, complex synths for a euphoric, but nowhere near empty barrage of sound. — JAMES GREBEY

Title Fight, Hyperview (ANTI-)
For their third studio album (and first for a major indie), pop-hardcore crew Title Fight shy away from some of the punk signifiers found on past efforts (namely the hoarse vocals), choosing instead to wallow in watery guitar tones. On February’s Hyperview, the undercurrents of melody that coursed through 2012’s Floral Green have morphed into something softer but more pronounced, drearier but also more likely to shimmer. Now, the Pennsylvania foursome — founded back in 2003, when the members were still busy with middle school — rely on mood to articulate their ennui and worry less about enunciating the lyrics. The resulting ten songs bleed together but rarely sweat. — KYLE MCGOVERN