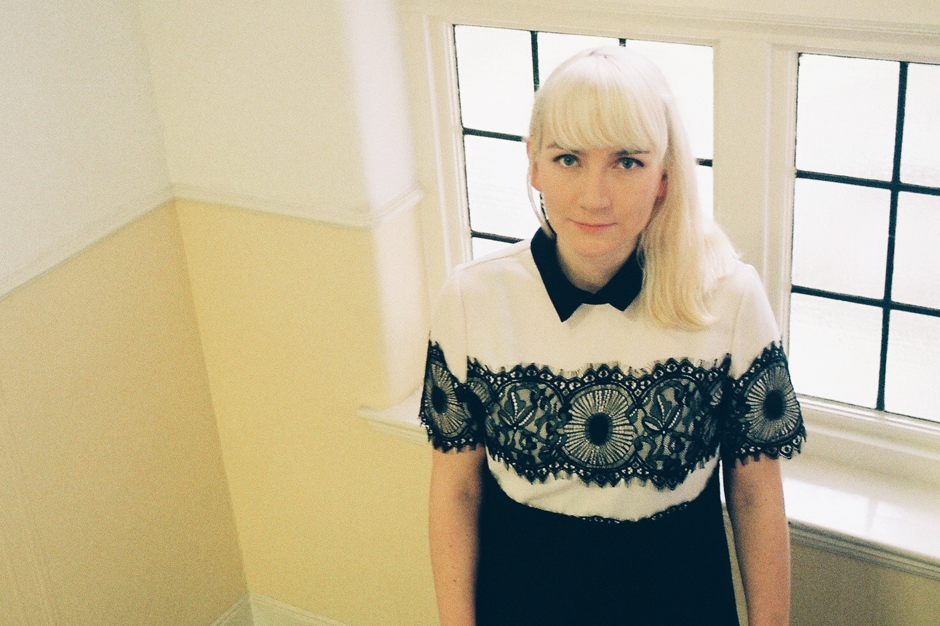 Sleater-Kinney are a famously bass-free band, but that doesn’t mean that the legendary indie-punk trio couldn’t do with an extra set of hands under special circumstances. That’s where Katie Harkin comes in: Accompanying Carrie Brownstein, Corin Tucker, and Janet Weiss on the reunited troupe’s No Cities to Love tour, the British multi-instrumentalist — who also appears in Leeds guitar-pop project Sky Larkin — has been traveling through Europe and the United States performing as a fourth member of Sleater-Kinney.

Die-hards will note that this is the first time Brownstein, Tucker, and Weiss have added another body to their live show — a sign that S-K are willing to toy with their always-potent formula. “They didn’t reunite to just crank out the hits,” Harkin tells SPIN over email. “Even 20 years down the line, there are always so many ideas floating around. My involvement is just one of them.” Read on to get Harkin’s take on what it’s like touring with Sleater-Kinney, which she calls “a thrilling challenge, like jumping on and off a moving train.”

How did you initially get hooked up as a touring member of Sleater-Kinney?
Though I had briefly crossed paths with Carrie and Janet whilst I was touring with Wild Beasts, we first all met when I visited our mutual producer friend, John Goodmanson. My trip coincided with the tail end of their recording process in Portland, and they let me drop by, so he’s the linchpin.

Was there an audition process? If so, what was it like?
No, there was no audition, written exam, or agility test. When I was visiting them in the studio as they were finishing the record, jet lag hit me hard. I could feel the curtain dropping and there was nothing I could do about it. I was so angry at my body but I had to excuse myself and nap on a bench in the studio lounge. My theory is that seeing me fast asleep on a hard surface under bright lights and blaring music proved to them that I had all the requisite skills to be a touring musician. I got an email and a text out of the blue a few weeks after and fell off my sofa.

How old were you when you discovered Sleater-Kinney? How did you first learn about them?
Sixteen, 17 maybe. I went to see them on my own in high school because I didn’t know anyone that would go with me. Growing up in the north of England as a teen looking for something beyond Britpop or nü-metal, they were a bright beacon.

What range of instruments do you assist with onstage?
I’m playing guitar, keys, toms, and tambourine. I don’t play on every song and getting to switch between watching the show and being in the show always feels special to me. It’s not often as a performer that you can try and grasp both sides of the experience. Plus, it’s a thrilling challenge, like jumping on and off a moving train.

What kind of adjustments did you have to make to accommodate the other members’ playing styles?
It’s such a treat to be able to wander around in someone else’s record. It’s like being granted access through a series of secret handshakes. As players, they all have their individual superpowers, then with an additional 20 years of band chemistry to navigate, it’s felt like I’m embarking on my punk-rock PhD.


What’s the band like on the road? Do they go out together, or is it mostly all business, back to the hotel sort of grown-up stuff?
Because this initial tour took us cross-country through historic low temperatures and snow, we’ve been bunkered up together a lot in venues. There’s no temptation to stray from the pack when you can’t stand to be outside — it’s been cosy and a nice way to start actually. I’ve been getting schooled on my American music blind spots.

Are your friends and/or bandmates going crazy over you touring with Sleater?
Yes! And because it was all under wraps for such a long time, my friends mostly responded with, “Wow! That’s why you were being so weird and secretive; I get it now!” I’m very grateful I had the best part of a year to wrap my head around the idea; it gave me a run up.

What are some other projects you’re involved in?
I started Sky Larkin in my first term of university ten years ago when I was 18 and Nestor (drums) was 16, with the aim of getting a 7″ single in our local record shop, and we got to make three whole records with John Goodmanson. We have no current plans, but you never know. I’ve been recording with American transplant Juffage in Leeds, guesting on his new record, and have also just started a new band based where I live now in the Peak District that currently only has me in it, so we’ll see how that turns out.