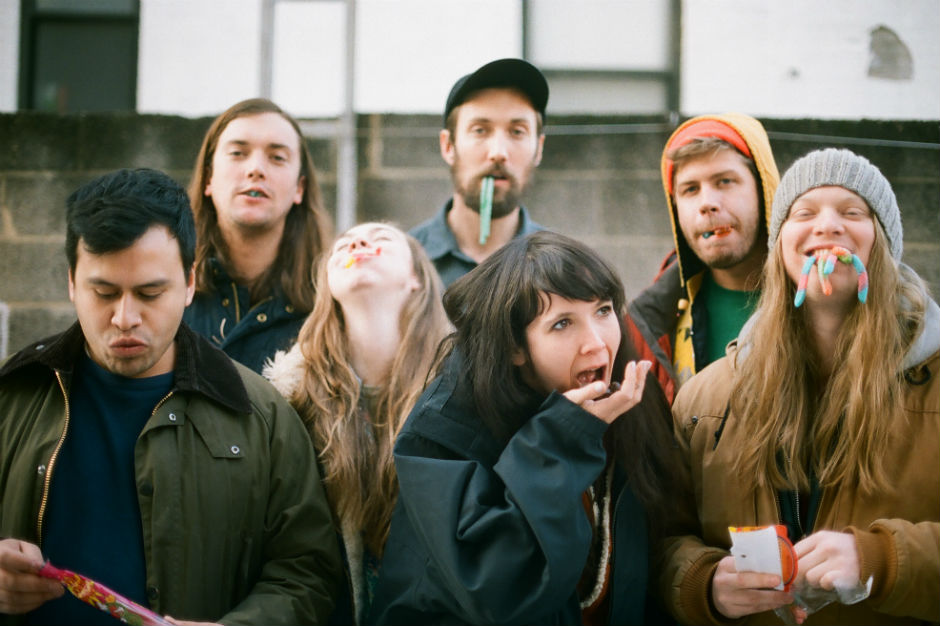 “Stoned Alone” is the new song from Brooklyn-based chamber pop outfit Friend Roulette, and it is re-introducing us to the band’s enigmatic ability to wrap feelings of impending danger in relaxing, mellow psychedelia. The single off their upcoming album, I See You. Your Eyes Are Red,  “Stoned” blends piercing electric wind elements into the group’s usual orchestral rock repertoire. Detailing the experience of a fatal drug overdose, the song still feels oddly optimistic, laying Julia Tepper’s ghostly vocals over an ever-present bassline that is both funky and comforting.

Matt Meade, singer/guitarist for Friend Roulette, says “‘Stoned Alone’ is about the unfortunate process of dying from an overdose.  The song imagines the hopelessness of seeing the end while experiencing a feeling of ecstasy — to be so faded that the immediacy of death no longer matters.”

Ride the cascading, narcotic wave that is “Stoned Alone” by listening below, and check out I See You. Your Eyes Are Red. when it drops June 2 on Goodnight Records.