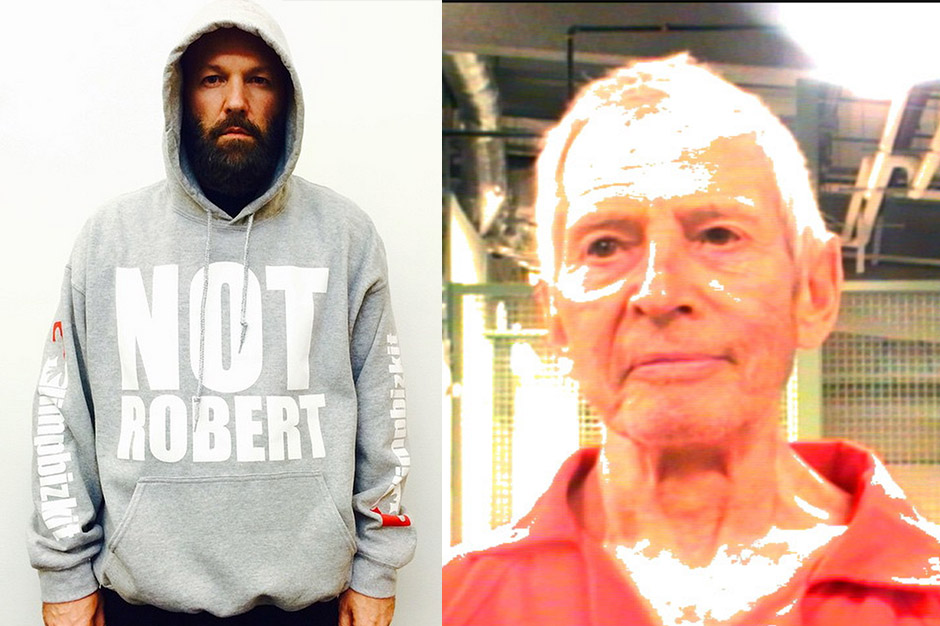 Fred Durst and Robert Durst don’t have all that much in common aside from a last name. One is the lead singer of the much-maligned nü-metal band Limp Bizkit, while the other is a wealthy Manhattanite and alleged murderer. Still, a little over a week ago the Associated Press made a little mistake, and confused Fred Durst with the subject of the HBO documentary series The Jinx. “The Associated Press reported erroneously that Robert Durst is a member of a band,” the AP wrote in a correction. “He is a real estate heir; Fred Durst is the former frontman of Limp Bizkit.”

Now Fred Durst — who technically still is the frontman of Limp Bizkit — is taking steps to make sure he’s not confused with the man suspected of killing three people again. The band posted an Instagram of Fred Durst wearing what appears to be an official Limp Bizkit sweatshirt with a very clear message across the front: “Not Robert.” The hoodie isn’t for sale yet, nor is there any definite indication that it will ever be, but at the very least this should help people determine if Fred Durst is, in fact, Robert Durst. (He is not.)

I am NOT ROBERT