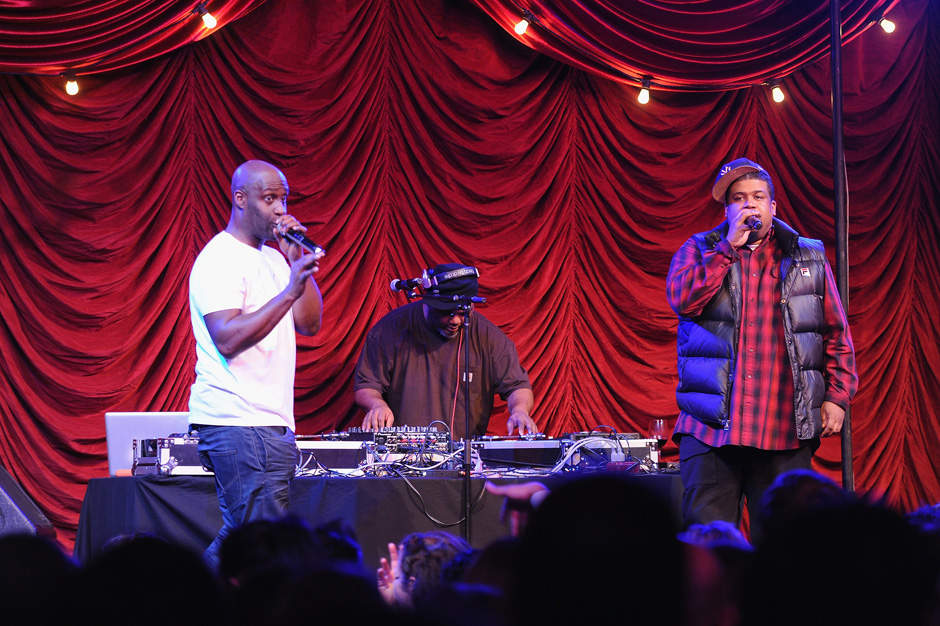 Though they’ve not released a new album since 2004, De La Soul have just announced plans to Kickstart a new full length that’ll feature guest appearances from Damon Albarn, Little Dragon, David Byrne, 2 Chainz, and more. In terms of tiered rewards, the rap trio has gone bigger than most campaigns, offering such incentives as shopping with the band, recording a skit with them for the album, and, most interestingly — and sad, too, if you think about it — Dave Jude Jolicoeur’s gold record plaque for the group’s groundbreaking 3 Feet High and Rising, a $10,000 prize that’s already been claimed. Other rewards include:

Last year De La Soul released all of their music for free as a way of avoiding sample clearance issues and copyright law. Donate to their Kickstarter campaign here if you’re feeling particularly charitable.