While the serious emotional response to Kendrick Lamar’s epic To Pimp a Butterfly last week led to entire thinkpieces on its “overwhelming blackness,” this week Action Bronson’s long-anticipated “real” album kicks off in the most overpoweringly white way possible: with the Queens rapper singing Billy Joel’s “Zanzibar” over a piano sample from the original.

Mr. Wonderful is about as far away as another great rap album can get from Butterfly: Instead of a stark photograph of shirtless black youth adorning the cover, we get the hastily cartooned torso and parted ass of one broad white guy flipping the bird. Instead of multi-layered sociopolitical metaphors that could use some footnotes, we get “My legs gettin’ massaged by a professional” paired with “Seasoned vegetables lookin’ exceptional.” He closes out “Terry” (which also references Joel, lulz) with his own take on a familiar credo: “Smoke good, fuck, eat, drink / Drive nice car, wear all green mink.” No one’s pondering who Mr. Wonderful is supposed to be.

Building on three near-excellent mixtapes (Dr. Lecter, Blue Chips, Blue Chips II) and another EP’s worth of scattered classics ( “Bird on a Wire”! “Strictly 4 My Jeeps”!), Bronson revels in describing everything he sees, smells, tastes, touches, fucks — just about every sensation that doesn’t require you to think. Let’s take a moment to recall the effervescent chorus of “Wire,” over a Harry Fraud beat like shimmering seagulls: “Blow a kiss to my dick / Wash my body with a sponge / Feed me Fla-Vor-Ices / Put the chronic in my lungs.” If you heard “Fla-Vor-Ices” as “flavored rices,” that’s the beauty of the former chef’s schtick: showing — not telling — what makes his mass consumption pleasurable. You’d be disheartened how many rappers get that wrong.

But Bronson’s major-label debut performs another miracle: It’s the rare rap album that actually rewards its mixtape following. For one, it doesn’t stray from the collaborators who made him great in the first place — Party Supplies and the Alchemist are all over this thing and brought their A-game, and even the few high-profile risks were worth the trouble, like when Noah “40” Shebib departs from the atmospheric style that made Drake famous to put a mind-bending backwards accordion loop on the first single, “Actin’ Crazy.” 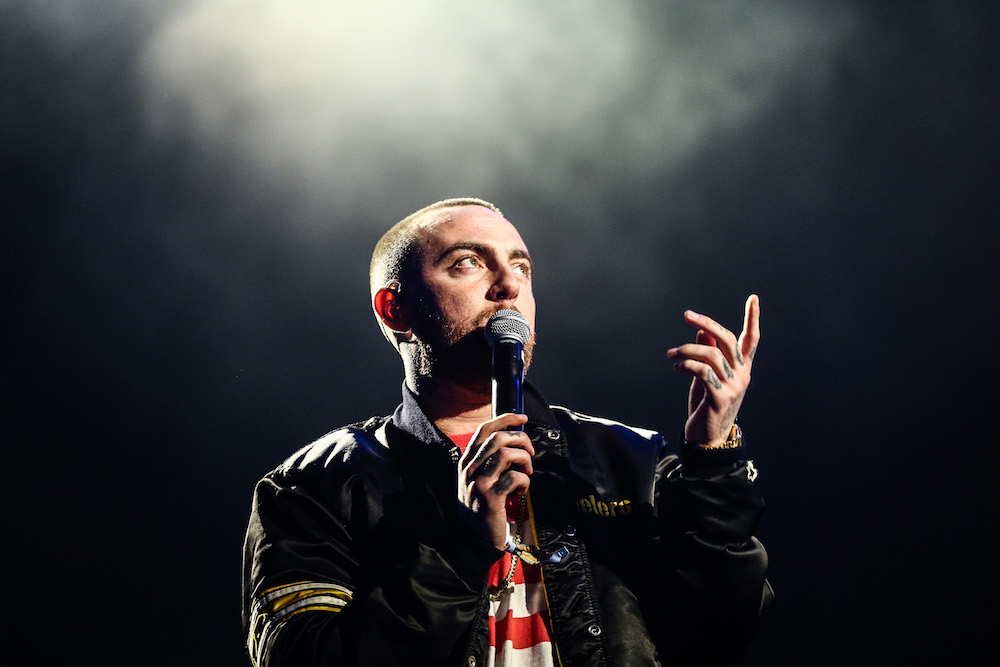 At this moment, Bronson has the best ear for classic East Coast beats in the world; try the GZA-ready organ plinks of “Falconry,” or big finale “Easy Rider,” which vrooms off into the sunset on the back of some psychedelic Sahara guitar reminiscent of Group Doueh or Tinariwen. His appetite for sound nearly equals that of his palate for food or women. Bronson’s noticeably curtailed his expediency on both subjects, though, which turns out to be a mixed blessing: He’s wisely downplayed the out-and-out misogyny of, say, “Hookers at the Point,” but his trademark, fuck-that’s-delicious culinary name-drops are awfully limited beyond a mango lassi and coconut curry.

And yet, despite his proud celebration of shallow pleasures, this isn’t dumb or lazy at all, even unveiling a three-part suite called “THUG LOVE STORY 2017 THE MUSICAL” (eat your heart out, Kendrick). The trilogy ends with the standout “Baby Blue,” a Mark Ronson-produced duet that — against all odds — finds Chance the Rapper, not our ribald host, delivering the most uncomfortable diss on the record (“I hope your titties all saggy in your early 20s”) and leveling it with the most absurdly hilarious one: “I hope there’s always snow in your driveway.”

Rap fans have been conditioned to complain that it’s not a mixtape, to miss the sketches fleshed out here into songs, to not admit that his bluesy singing on the six-minute “A Light in the Addict” is pretty nice. But that turns out to be its biggest commonality with To Pimp a Butterfly after all: a reminder that being challenged by your favorite artists is part of loving music altogether. And that rap in album format is nowhere near dead.