Brandon Flowers’ Sophomore Solo Album, ‘The Desired Effect,’ Due Out in May

The LP is a follow-up to the Killers frontman's 2010 release, 'Flamingo'

The Killers frontman Brandon Flowers announced Tuesday that he’s got a new solo LP coming out this year. The Desired Effect is the Las Vegas native’s second solo effort following 2010’s Flamingo, and Ariel Rechtshaid, who has worked with Vampire Weekend and Charli XCX, is producing the album. In a handwritten note accompanying the announcement, Flowers wrote that they’ve “been collaborating in the studio, working twogether [sic] in the spirit of conversation, contention, and at long last, sweet contrition. No one has yet seen or heard the change,” he continues, “but soon, we all will.”

In addition to the note, which you can read below, Flowers also shared a brief but promising teaser, which you can watch above. The Desired Effect is slated for a May 18 release. 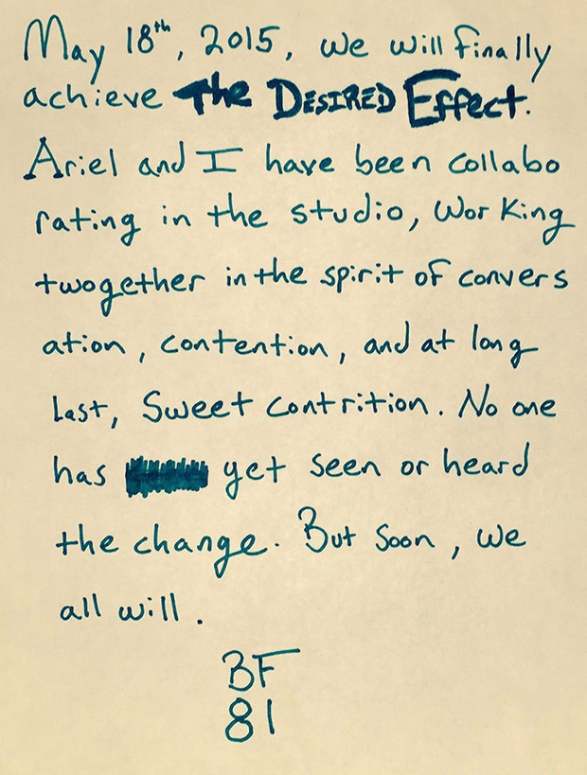