Chance the Rapper, The Kills, and Death From Above 1979 are also among the performers

Looks like Drake is going to be going back to Canada for at least a little while, because he’s going to be playing the Squamish Valley Music Festival in British Columbia this summer alongside fellow headliners Sam Smith and Mumford & Sons. Other performers on the lineup include Chance the Rapper, ScHoolboy Q, and Hot Chip. The Kills, Death From Above 1979, Alvvays, and Of Monsters and Men will also be playing. Check out the festival’s full lineup, which runs from August 7 through 9, below. Tickets are on sale on the festival’s website. 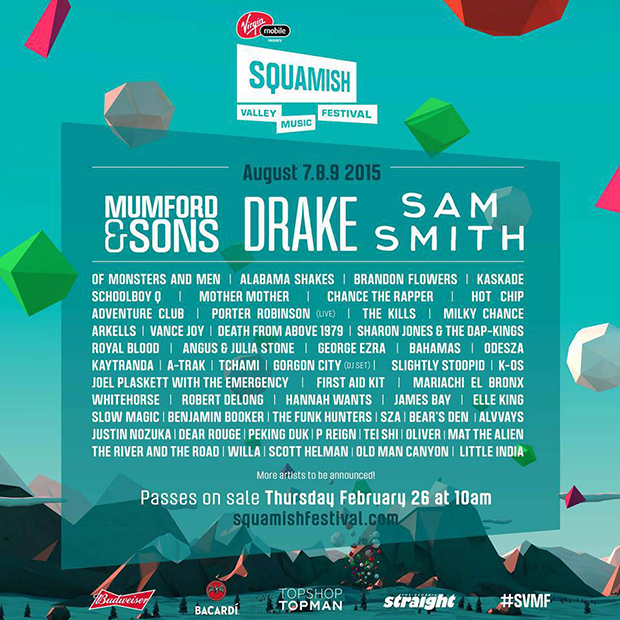