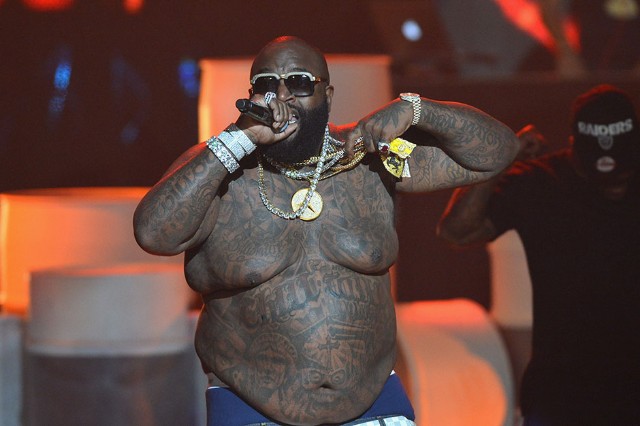 It’s only been a couple days since Suge Knight was charged with murder following a fatal hit-and-run, and already the deadly incident has become lyric fodder. Rick Ross referenced the January 29 incident in a new remix of Big Sean’s “I Don’t Fuck With You,” shouting out “Suge Knight with a bitch, hit-and-run” toward the beginning of the track. That’s Rick Ross for you — one day he’s shouting out pears, the next he’s rapping about an alleged murder. Listen to the remix below.

Suge Knight, meanwhile, plead not guilty in court today before being rushed to the hospital after suffering chest pain. He has since been discharged.