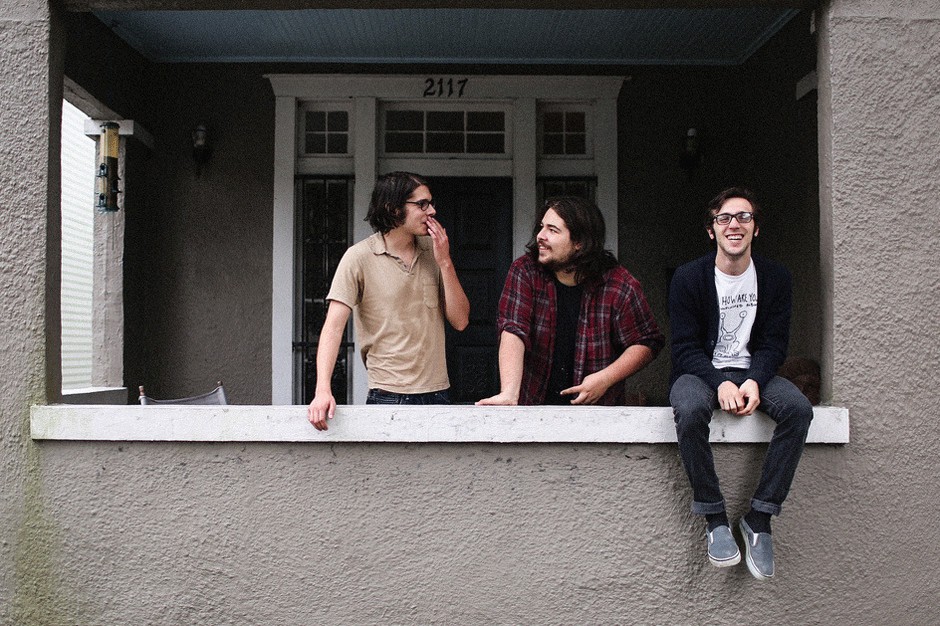 New Orleans alternative revivalists POPE have been playing together since high school — likely years after the guitar-powered ’90s rock their material references had reached peak popularity. They sound familiar exploring an era before their time, though. The band’s new track, “Fast Eddy,” not only sonically reflects late-twentieth century flannel favorites like Hüsker Dü and Screaming Trees, but the single also has a Gen-X, lackadaisical-meets-philosophical theme. “This song was written while delivering pizzas one night,” vocalist Alex Skalany tells SPIN. “‘Fast Eddie’ was our boss’ nickname. You spend a lot of time driving around and in your head when delivering pizzas.”

Skalany also remarked on his job-related malaise, which eventually evolved into a wish for partnership: “The first verse refers to sitting in the car digging into the depths of your negativity, unable to move, sitting stationary in a parking lot or in front of a house. Later, the song becomes about the extremes of your personality that you expose only in your close relationships, such as these depths of negativity that happen from time to time. I crave having someone close to me who can see through that impeding quality in me and see me as I wish I could always be seen.”

Listen to “Fast Eddy” below, and look out for the group’s debut full-length LP, Fiction, when it drops on March 10 via Community Records.