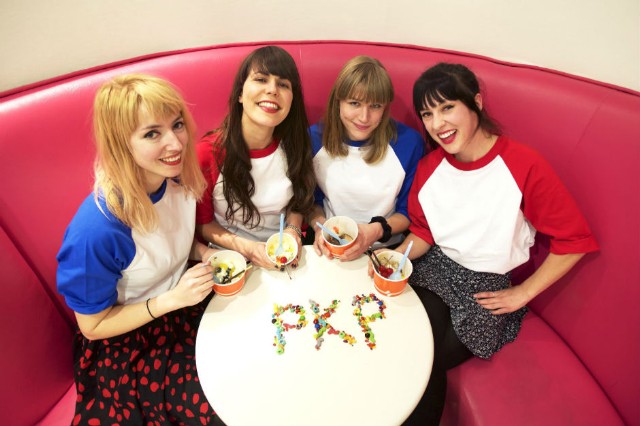 “I saw you in a dream / I woke up from a scream,” begins the delectable “Princess Castle 1987,” the new track from Ottawa-via-California quartet Peach Kelli Pop. The brainchild of singer/songwriter Allie Hanlon, Peach Kelli Pop inject their Mario-derived inspiration here into a 88-second scorcher. It’s sweet, but not overwhelmingly so — the song’s fuzzy guitar attack is still jagged enough to recall the messy thrash of “Head to Toe”-era Breeders — and never loses itself in the 64-bitness. It’s as delightful as anything else you’ll listen to this week.