He wrote a twelve-hundred-word screed on the topic 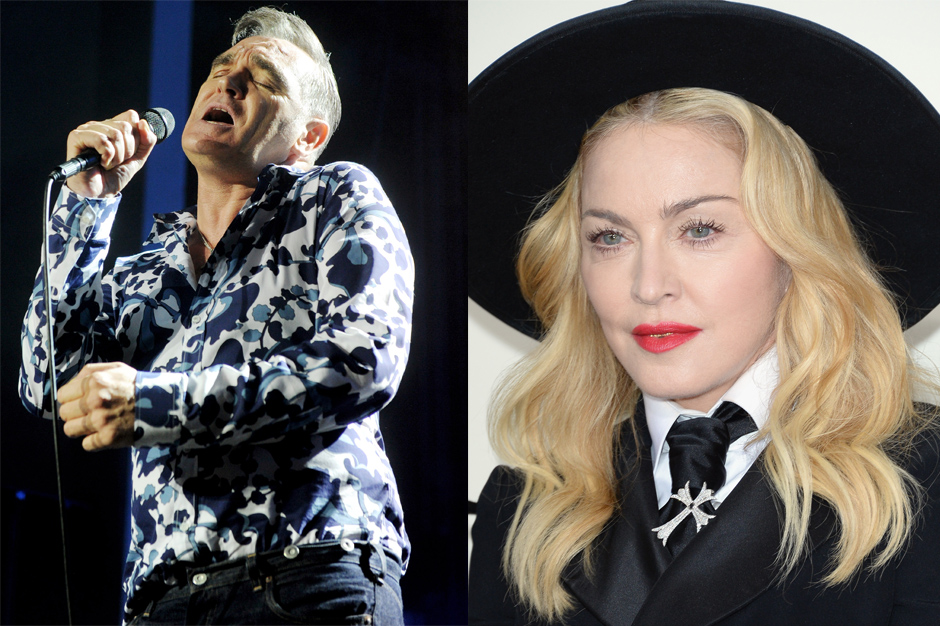 Morrissey the Grouch went on a tirade against the Brit Awards, music awards in general, and Madonna in a lengthy essay on the fan zine True To You. Moz took issue with how the Brit Awards, which will be held on February 25, claim to be representative of British tastes when really “the elite decide what it is that the people want, and then slyly attempt to weave it into populist culture.” Morrissey’s Exhibit A was the presence of Madonna, whom he called MacDonna for some reason, at the Brit Awards:

Thus, for 2015, we have MacDonna, who had a quiet 2014 (but who is quite usefully about to release her new album!), yet here she is again promoting her frightening career on the Brit Awards even though her music has not ever said anything at all about British life.

“It really is your own fault if you believe that this Awards show has any connection to anything other than the junk propaganda of the strongest labels gathering to share out awards for their own artists whom they plan to heavily promote in 2015,” his hot take continued. The whole thing is worth a read, as underneath the “get off my lawn” ranting, Morrissey does have a bit of a point about the nature of award shows and the music industry. But you really do start to wonder when the last time Morrissey smiled or felt any sort of joy was. You know, aside from when he saw that bullfighter get gored.