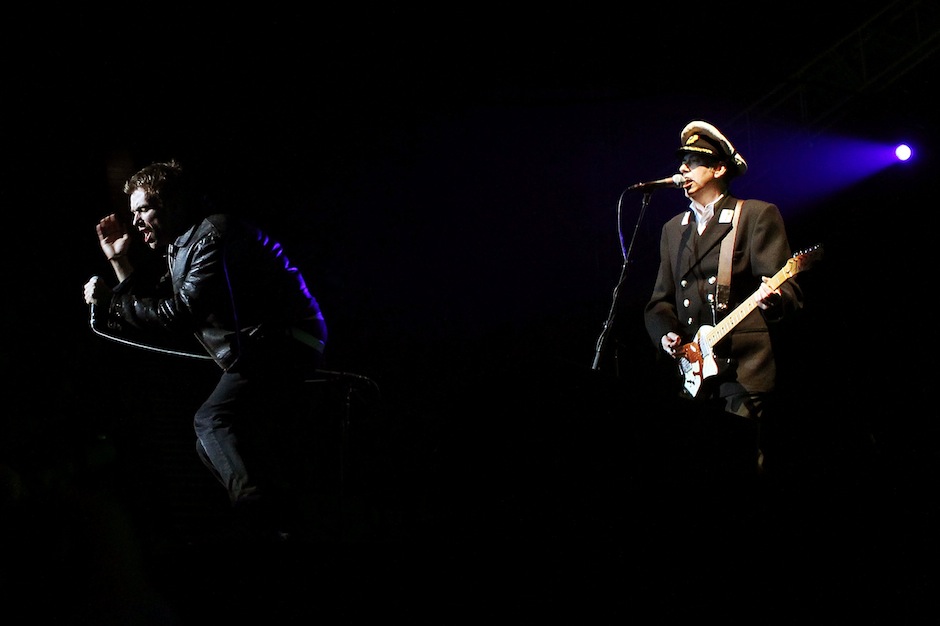 In the cavalcade of interviews that Damon Albarn did in support of his Essential 2014 solo album Everyday Robots, he dropped hints occasionally that his band Gorillaz might be returning sometime soon. But as Revolt points out, Co-creator Jamie Hewlett confirmed those rumors in a vague Instagram post on Friday, saying “Yes Gorillaz Returns,” to a fan’s comment after he posted portraits of the band’s “members” Murdoc and Noodle. It’s unclear at this point what this “return” would entail, but any music produced would be the band’s first material since their 2011 album The Fall. You can check out both of Hewlett’s new drawings below as you anxiously await the return of the world’s preeminent animated band.