Review: Colleen Green Can Do Whatever She Wants on the Confessional ‘I Want to Grow Up’

Home » New Music » Reviews » SPIN Essentials » Review: Colleen Green Can Do Whatever She Wants on the Confessional ‘I Want to Grow Up’

Bubble-grunge stoner Colleen Green (yep, her Facebook URL is “colleengreen420“) poses a neat juxtaposition on her third and least-bedsick album, I Want to Grow Up: crunchy Clinton-era sonics associated with apathy and irony, reappropriated here for confessions so direct that she might as well be singing from a kneeler.

With help from JEFF the Brotherhood’s Jake Orrall and Diarrhea Planet’s Casey Weissbuch, her simple chord progressions recreate Veruca Salt and the Muffs more faithfully than most of her faux-’90s brethren, including her bandmates’ proper outfits. Shadows of classic Ronettes and surf-pop creep in — she is from Los Angeles, after all — but the heart of I Want to Grow Up is in alt-radio throwaways like Superdrag and Ammonia on buzzing tunelets like “Pay Attention” and “TV.” But the effortlessly punchy music is just half of why she deserves her 120 Minutes of fame.

The other side of those hooks are the words, most of which begin with “I” and turn downward: “I can’t hold a conversation” and “TV is my friend,” on the aforementioned “Attention” and “TV” respectively, and elsewhere “I’m so sick of being self-absorbed,” “I wanna do drugs right now,” and the mouthful “Because I’ve been acting with a total disregard for my own well-being / It shouldn’t be that hard.” She sings at you with as little pretense as a prisoner sighing through a phone behind glass.

Despite a couple of boardwalk-ready melodies (“Wild One,” “Some People”), the main problem with the Best Coast comparisons is that Green is neither beholden to California nor a man, and while she lacks Bethany Cosentino’s soaring, soul-bitten voice, she makes up for it by having a much better handle on her problems. Rather than waiting around for a man who won’t come back before her cat learns to talk, Green lists as many traits as she can think of that she’d like to improve. It’s like her 4-track recorder was a psychiatrist and she wanted to squeeze as much into this 37-minute session as possible. 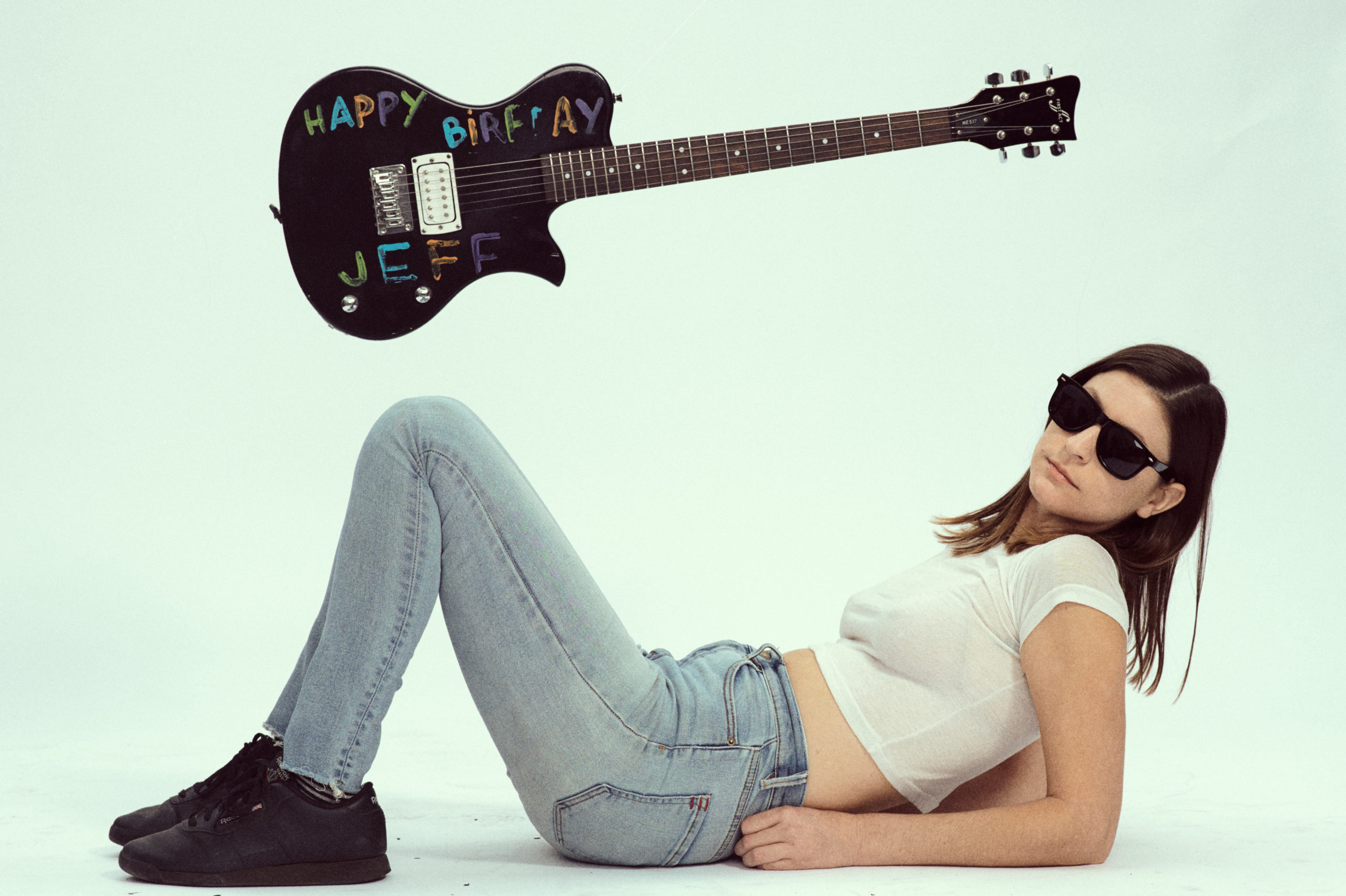 The six-minute centerpiece “Deeper Than Love” is as good an example of this as any, with a bluntly repetitive drum machine and occasional synth or guitar figure creeping in behind her, while she quietly unloads every fear she can think of. The music never boils over into anything resembling a dynamic shift, but the words culminate in a jaw-dropping final stanza that needs to be quoted in full: “‘Cause I’m shitty and I’m lame and I’m dumb and I’m a bore / And once you get to know me you don’t love me anymore / And that possibility worries me the most / Not harm or abuse or becoming a ghost / It’s the closeness in intimacy / I’m afraid it might kill me.” But the track is well-cemented as one of young 2015’s best long before this unsettling admission.

As its title hints, I Want to Grow Up involves aspirations rather than answers, and thus little is resolved of the album’s many inner conflicts. Only the sweet-and-sour music they’re set to offers any kind of relief, deep-fried in fuzz and totally stoked for that Juliana Hatfield Three reunion. But over the course of ten tracks Green only avoids cataloging her anxieties on the TV ode, and a well-harmonized closer where “I can do whatever I want” includes growing up. No rush, though. Once we get to know her, we will only love her more.