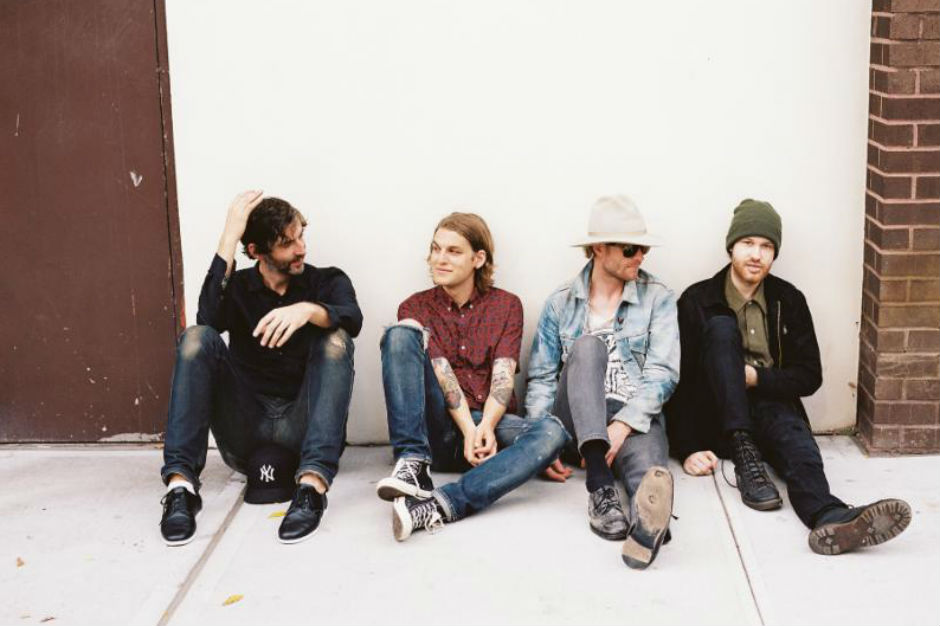 According to their press info, you could call the Brooklyn-based quartet Sick Feeling a hardcore band, “But what does that even mean when we’re talking about a band that once curated a photo exhibit in New York and then showed up to play inside of a twelve-foot square box for three nonstop hours?” That mixture of blistering punk desperation and high-art conceptualism is heard throughout the group’s debut LP, Suburban Myth, which interrupts its riotous laments of young-man ennui — shrieked within an inch of singer Jesse Miller-Gordon’s life — with foreboding, ghostly soundscapes, often in the same song. It’s a little Zen Arcade, a little Repo Man, but definitely entirely its own beast, and strangely hypnotic throughout.

“The worst possible thing would be to confuse this band with the past-due punk of pessimism and power chords,” continues the band’s release. Duly noted. Stream Suburban Myth below, and find it out on Collect Records and Terrible Records as of January 20th, currently available for pre-sale on iTunes. (Also, check out dates and locations for the band’s upcoming tour.)