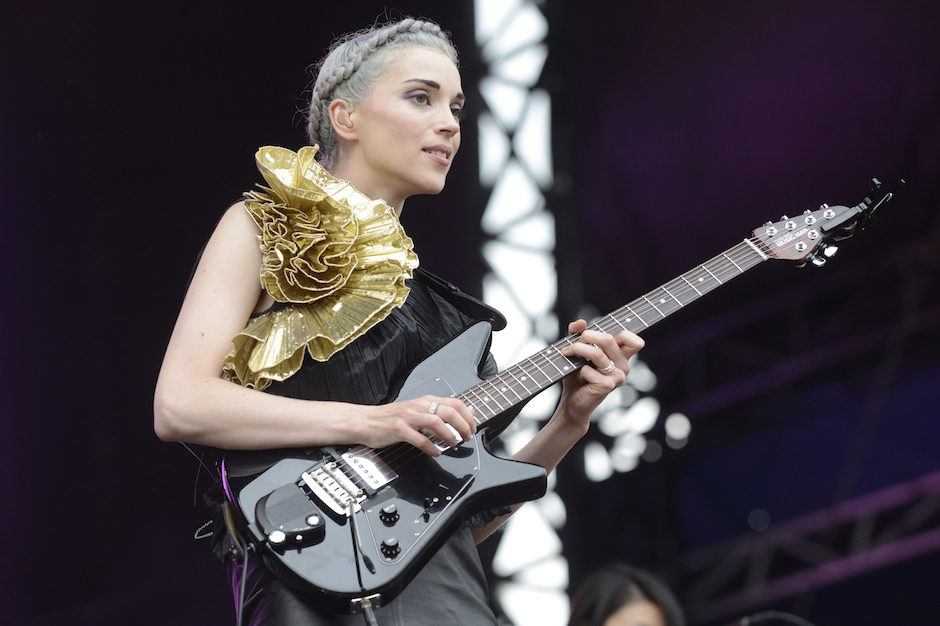 Last month, St. Vincent dropped by Marc Maron’s WTF podcast to talk about collaborating with Sleater-Kinney’s Carrie Brownstein, her musical influences, and more. Over the weekend, the singer-guitarist (whose self-titled fourth album landed on SPIN’s 50 Best Albums of 2014 list) swung by Chicago’s Museum of Contemporary Art to participate in a panel in celebration of the David Bowie Is exhibition currently on display.

“David Bowie’s mutating aesthetic and persona are as much an instrument as his voice or guitar,” she said in a statement she gave to the icon’s official Facebook page. “Sound and vision: hero, icon, alien.”

You can watch St. Vincent’s entire MCA appearance below (c/o Stereogum) during which she discusses — according to an Instagram listing her talking points — Little Richard, mime tradition, cocaine, and more. David Bowie Is closed in Chicago yesterday afternoon.