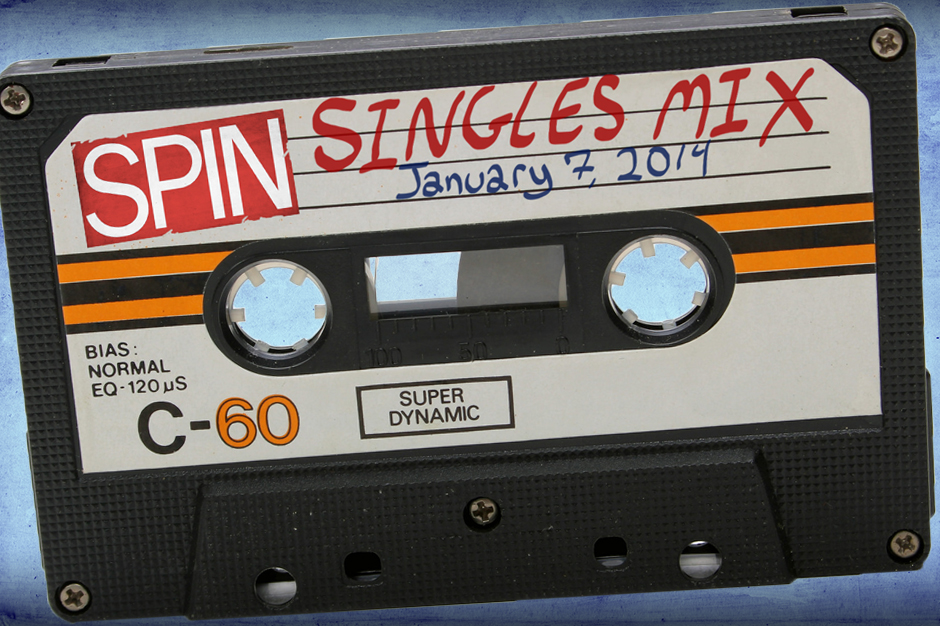 Welcome to SPIN’s Singles Mix! The SPIN staff has rounded up their favorite, must-hear tracks for your mid-week playlists. From Miami metalheads to swagnificent hip-hop youths to angular post-punks, these are the songs you need to know right now.

Milky Chance, “Unknown Song feat. Paulina Eisenberg” (All Around the World LTD)
The title of Milky Chance’s latest track might remind you of lazy file names and sketchy downloads from the Napster era, but “Unknown Song” is actually just another quietly confident outing from the German duo. Propelled by a beat that seems just a smidge faster and more determined than the soothing melody and the earnest but distant vocals, the mysteriously named song features Paulina Eisenberg’s ghostly backing vocals and some delightful harmonica. Can we make harmonicas a thing again in 2015? JAMES GREBEY

POP ETC, “Running in Circles” (Sony Music Japan)
This bass-led bouncer romps in with flashy disco-ball shine and crisp can-do crescendos. Once known as the Morning Benders, the Brooklyn-via-Berkeley trio — Chris Chu, his brother Jon, and Julian Harmon — climbs back to indie-pop’s top rung with a cut, that, according to Chris, is about “losing track of where you are and where your life is taking you.” They might be “Running in Circles,” but POP ETC should be able to fist-pump their way over that proverbial mountain with ease. RACHEL BRODSKY

Rae Sremmurd, “Unlock the Swag” (EarDrummers/Interscope)
“Unlock / The swag / The swag / Unlock,” echoes the hook of Rae Sremmurd’s new, Mike WiLL Made-It produced track as it sways back and forth like a metronome. It’s a mind-numbing piece of rap fluff that celebrates the joys of getting high and being your best, one of SremmLife’s weirdest moments, and a sure sign of the Mississippi duo’s impending stardom. BRENNAN CARLEY

Torche, “Annihilation Affair” (Relapse Records)
Miami metal monsters Torche do exactly what their title advertises on “Annihilation Affair,” a thundering single taken from their forthcoming album, Restarter (out February 24). Pulverizing eardrums with screeching, sludgy guitars, head-pounding percussion, and gut-wrenchingly aggressive vocals, the quartet can and will eradicate any foe that dares challenge them. R.B.

Tulisa, “Living Without You” (All Around the World LTD)
Though this elastic, Kiesza-gone-Euro single has been treading water on the other side of the pond since October, Tulisa’s track has only just made its way Stateside. It’s a clear-cut example of striking while the iron is hot; “Living Without You” is the type of trance-house with knee-shaking diva vocals that’ll nestle in comfortably on party playlists across the country. It’s just edgy enough, and the (occasional) X Factor judge’s vocals — “I know I’ve made mistakes / Living without you is a curse that I can’t take” — lift this track into the heavens and beyond. B.C.

Tyler Carter, “Georgia” (Rise Records)
The ISSUES frontman steps out on his own for this dreamy synth-soul eruption, which marries James Blake sonics with Justin Timberlake hooks. DAN WEISS