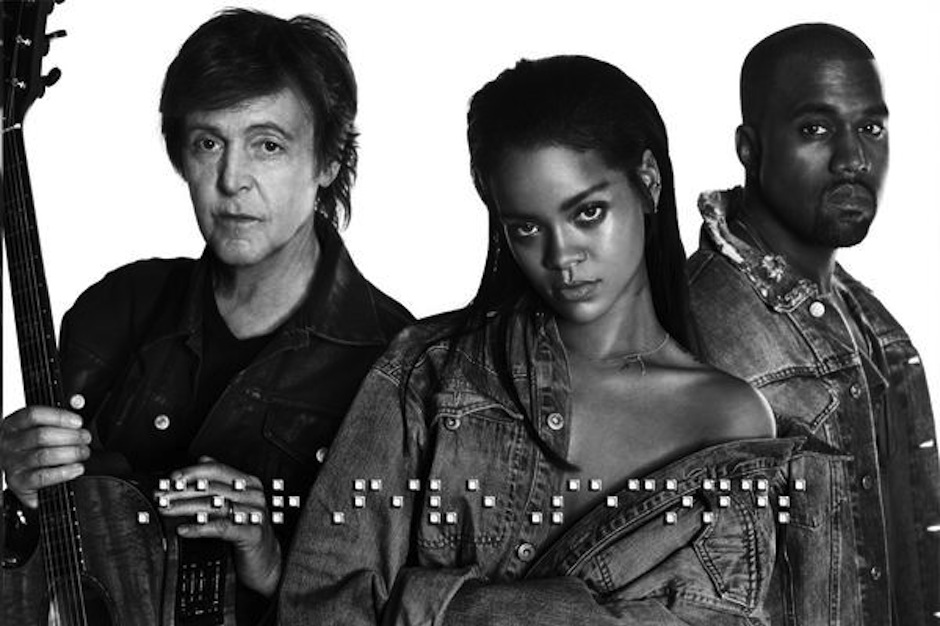 When Kanye West and Paul McCartney released “Only One,” the first of their melodramatic collaborations, word spread that the decade-spanning duo had a handful of other tracks in the works, including at least one with Rihanna. Today, that last bit was confirmed when the Unapologetic singer dropped her first new single in years “FourFiveSeconds” on her website. Paired with a black-and-white picture of the unlikely trio (up above, for reference), this new track is a largely stripped down affair for the dance-pop superstar. Macca is largely used to supply a lilting acoustic guitar figure, and Kanye offers a bit of mild-mannered crooning. Rather than following up any of the bangers that the Yeezy/Riri partnership has offered up in the past, we’re treated to a classic singer-songwriter affair, replete with subdued organs and a gospel-esque outro. You can listen to the whole thing over at Rihanna’s website, or download it now on iTunes.