The guard mistakenly thought the rapper wasn't authorized to be backstage, according to reports 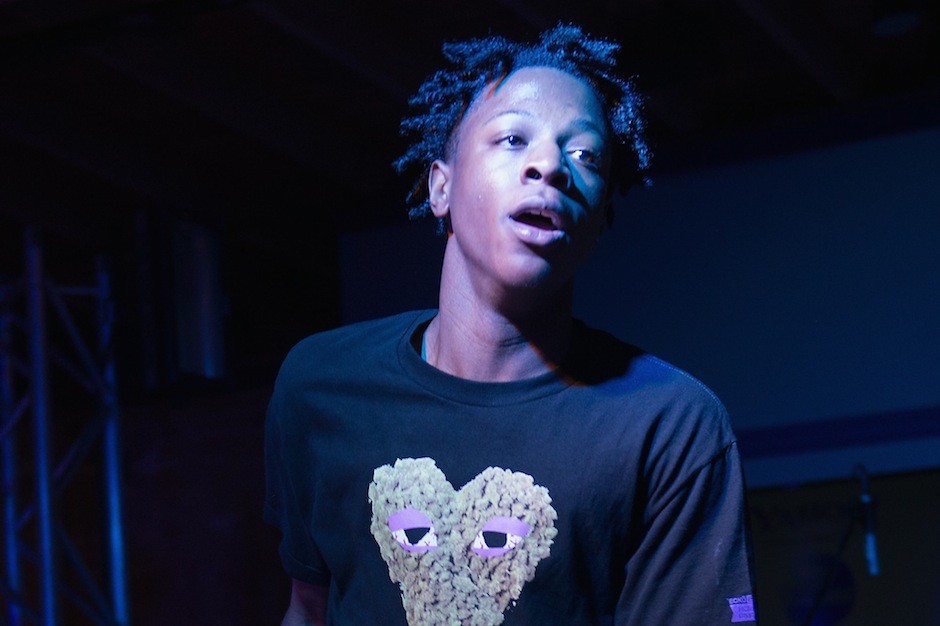 Update: A representative for Joey Bada$$ issued a statement regarding the incident: “There was a misunderstanding with security at the Byron Falls Festival show, which resulted in charges being laid by NSW Police. After fully cooperating with Police, Joey was granted bail and entered a plea of not guilty to the charge.” (via Pitchfork)

Joey Bada$$ got in some trouble down under when he was arrested in Australia over the weekend for allegedly sending a festival security guard to the hospital with a broken nose. The Brooklyn rapper was preparing to take the stage at the Falls Festival, held near Byron Bay in New South Wales on Friday, when the guard attempted to stop him, according to the Australian Broadcasting Corporation.

The 20-year-old guard didn’t recognize Bada$$, whose real name is Jo-Vaughn Virginie Scott, and assumed he was not authorized to be back there. Bada$$ allegedly then punched the guard in the face, breaking his nose, and continued to the stage to perform. He was arrested after the show and spent the night in jail after being charged with assault occasioning actual bodily harm. He was granted bail in a court appearance the next day, and has been ordered to appear before the court again on March 19.

Bada$$’ debut studio album, B4.DA.$$, is set for a January 20 release, and he’s going to continue touring Australia for the next week, according to his schedule. Hopefully there won’t be any more cases of mistaken identity, though Bada$$ already seems to be cautioning fans not to believe everything they’ve heard in a somewhat cryptic tweet.

The crucification of my image has already begun. Remember don’t believe everything you see or hear. They build u up to tear you down…