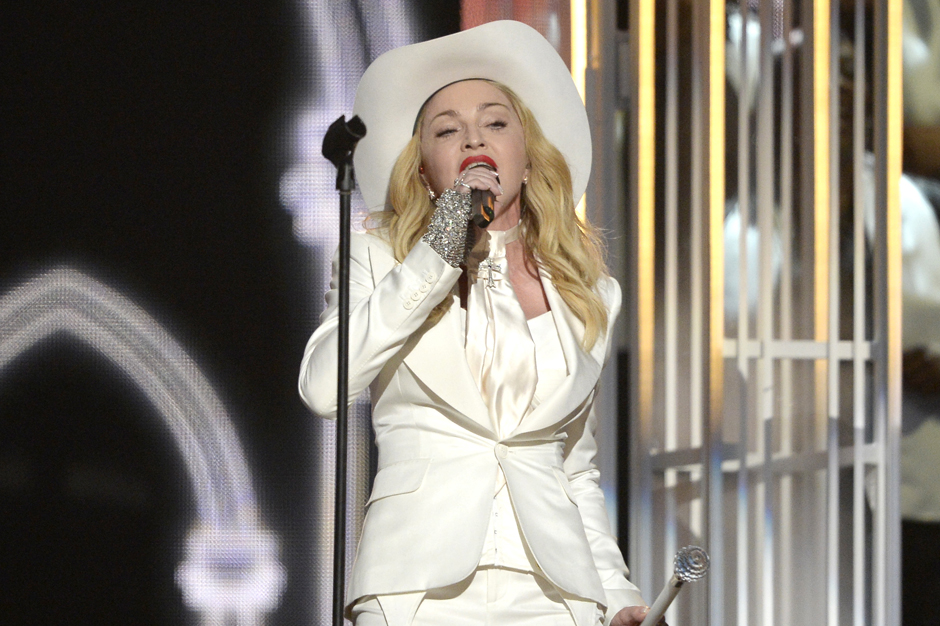 Update: The Grammy Awards have announced additional performers for the ceremony, including Sam Smith, Miranda Lambert, John Legend and Common, Pharrell, and Usher.

Second Update: They’ve announced a third round of performers, a series of duets including Lady Gaga and Tony Bennett, Adam Levine and Gwen Stefani, Annie Lennox and Hozier, and Jessie J with her fellow Voice U.K. judge Tom Jones.

The 57th Annual Grammy Awards will be held on February 8, and now the Recording Academy has announced the show’s first batch of peformers. Long-rumored acts such as Madonna (who performed alongside Macklemore and Ryan Lewis at last year’s event), AC/DC, Ed Sheeran, and Ariana Grande are among the acts that’ll grace the stage next month. Country star Eric Church will also perform during the ceremony, which will be held at the Staples Center in Los Angeles.

Other rumored acts for the awards include U2, Taylor Swift, and Nicki Minaj. Stay tuned for more official Grammy Awards announcements as they inevitably spring up in the coming weeks, and check out this year’s nominees here. For the actual telecast, tune in to CBS at 8 p.m. EST on February 8.