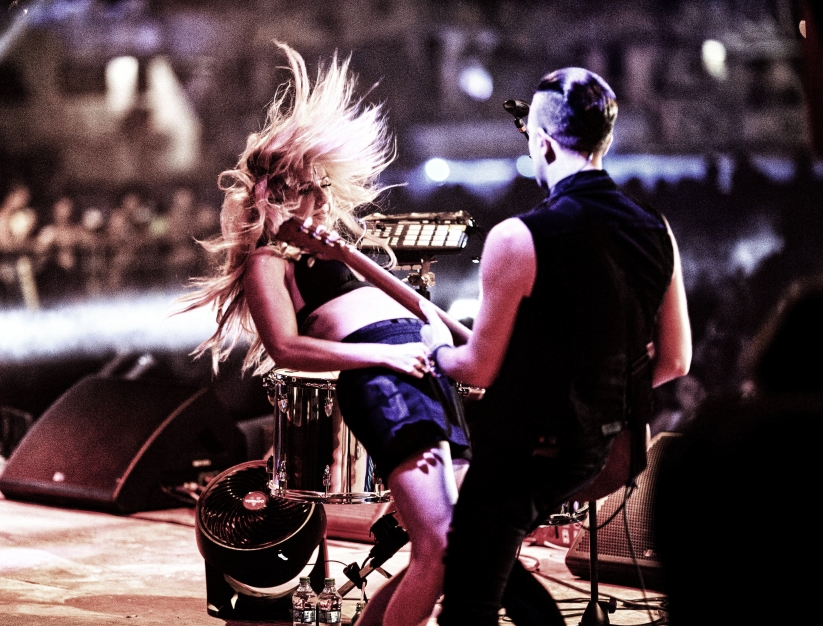 After a relatively light 2014, Ellie Goulding has returned with a walloping new single from the upcoming 50 Shades of Grey soundtrack. “Love Me Like You Do” features production from pop mastermind Max Martin, and is co-written by 2014 breakout artist Tove Lo (h/t Popjustice). The anthemic track features the Lights singer’s ethereal vocals sandwiched between layers of bombastic drums, horns, and guitars, crescendoing powerfully at its climax. Stream it below.

Already 2015 is shaping up to be a much busier year for Goulding, who’s hinted that she may have contributed vocals to Drake’s upcoming album, following her appearance on the Toronto rapper’s 2013 track, “Pound Cake.” The 50 Shades of Grey soundtrack also looks promising, with tracks from the Weekend (“Earned It”) and Beyonce (a “Crazy in Love” rework) already teased. That’s due out on February 10.