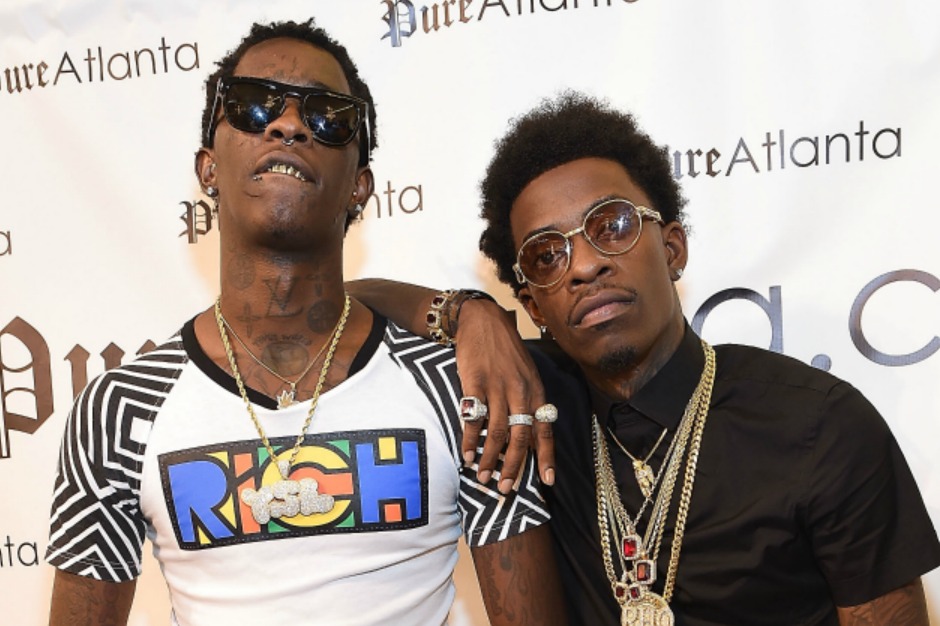 Following Young Thug and Rich Homie Quan’s Rich Gang: Tha Tour Part 1 mixtape, the Atlanta-based rappers have reportedly teamed up again for Part 2, which, according to Stereogum, is due to arrive “any day now.” They’ve also revealed a brand-new track titled “Hold Us,” which features production work from Dun Deal and a guest spot from fellow Georgian PeeWee Longway. Spitting over looping synths, the trio trade verses about clashing with authority: “Living life never sober / My ring looking like a solar /  And if we get locked up by the night / I know those folks gon’ try and hold us.”

Hear the track below, and keep an ear to the ground about the forthcoming Rich Gang: Tha Tour Part 2.