It’s tempting to treat what is being rumored to be the final Wu-Tang Clan album with an unnecessary amount of reverence. On “Felt,” Masta Killa gives us an inkling of why. Remember what it was like the first time you listened to “Protect Ya Neck?” Remember when Wu-Tang was so far ahead of their time, most of us really believed RZA when he said they’d return on a comet — at least figuratively. We thought they braved the slums of Shaolin to go on and change music forever. And they did. For a while.

Though members have had hot early periods and late-career renaissances, over the past few years — whether due to infighting or a string of disappointing solo albums — they’ve been reduced to a legacy act. Wu-Tang Clan as a collective haven’t dropped a vital album outside their prime period except in portions. Of course, that doesn’t stop our collective optimism from going full-tilt whenever they reform. We hold out that hope that the group will unexpectedly rejuvenate and reinvent themselves, because we’re believers in their artistry. We know what they’re capable of.

But in a year Raekwon declared he was “on strike,” a year it was revealed the group now works on a pay scale, a year they’re supposedly still set to release another album — the mythical one-copy pressing of Once Upon a Time in Shaolin, an album determined to reinforce the idea (and price) of music as high art — could A Better Tomorrow overcome its status as the second fiddle of Wu-Tang’s 2014 releases and bring their once-unpredictable hallmarks back to the game? Or did they save the good stuff for some kajillionaire‘s ears only?

Thankfully, many of the Wu’s parts here are greater than the sum and a few individual performances provide the most stimulating moments: GZA and Method Man sound inspired on the otherwise-generic “Keep Watch,” where the former revisits a particularly scientific chamber and the latter weaves in the usual mafioso references (“Sonny Black getting washed up on the seashore”) and Funk Doctor Spock shoutouts (“I mean Redman, that’s not Leonard Nimoy”) with a particularly charismatic gusto.

“Crushed Egos” succeeds wildly with its straightfoward spaghetti-western vibe (courtesy of the great producer Adrian Younge) and Raekwon — obviously the biggest detractor during the A Better Tomorrow sessions — continues his late-career renaissance by telling a story almost exclusively in single images. And the multi-movement “Ruckus in B Minor” hits prog-rock heights, complete with guitar blasts and backward snares. The song is unusual in a new way for these vets, structured as an epic in stark contrast to the usual minor-key dissonance and offbeat film samples.

But it’s not difficult to figure out why Rae called some of the music here mediocre. The embarrassingly ICP-evoking “Miracle” has a chorus that could legitimately be mistaken for a song from Frozen, and “Preacher’s Daughter” cornily interpolates “Son of a Preacher Man.” It’s as though A Better Tomorrow is supposed to feel optimistic, but the record doesn’t sound like a grown-up album — it sounds like one in bold scare-quotes.

Something is definitely missing on A Better Tomorrow: not necessarily the cryptic slang and mythology, but that RZA and the other members haven’t found something to replace what stood them apart from the crowd. They haven’t found a new, unexpected musical avenue. Back in 2007, 8 Diagrams suggested a psychedelic reinvention that didn’t exactly come. Here they’re distracted by trying to do something “more adult,” which is a dubious way of saying “less weird,” as most hip-hop artists who don’t don a metal mask

The teaser website for Once Upon a Time in Shaolin throws down a gauntlet: “The music industry is in crisis. Creativity has become disposable and value has been stripped out.” Ironic as that may sound following this wan reunion, there is still that outside chance that the Clan’s “better tomorrow” is bound in fancy packaging somewhere in Morocco. 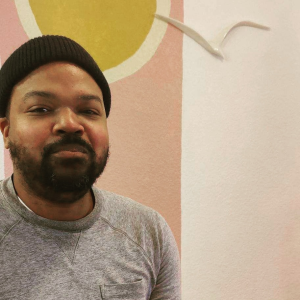