Thrash metal forerunners show off their soft side 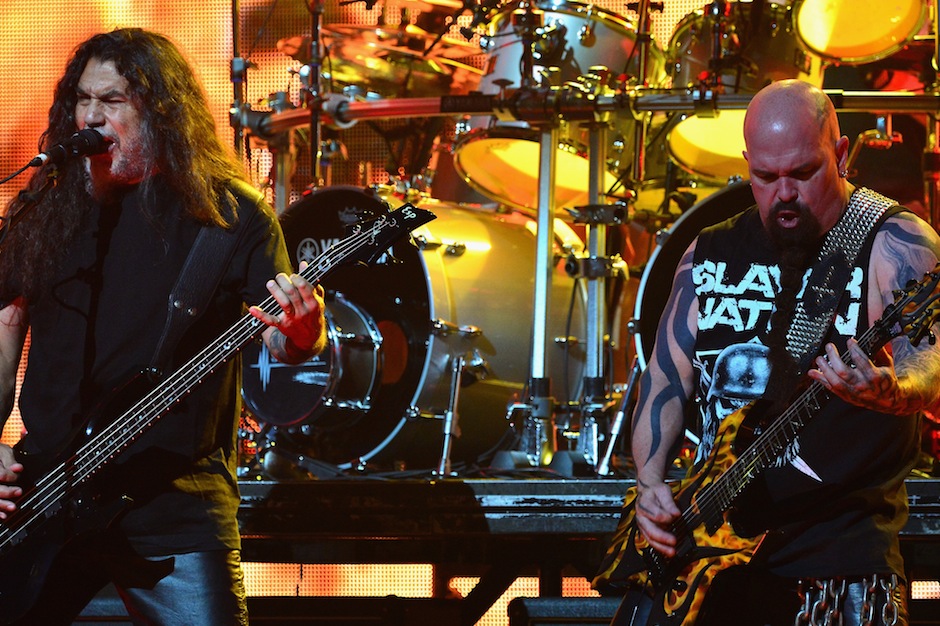 In the midst of their country-wide tour, thrash-metal forerunners Slayer took some time to display their soft side. Prior to a set at Indianapolis’ Old National Center on December 4, the band came across a freezing, homeless kitten on the street and helped it find a place to live.

According to the Indianapolis alt-weekly Nuvo, guitarist Kerry King and some of the band’s crew went to dinner at a famous local steakhouse this week and when they left, they encountered a homeless man who offered to sell them a small kitten for a dollar. Assistant tour manager Jess Cortese saw that the kitten was freezing and in poor shape so she took it and slept with it in the tour bus, before bringing it to the venue where the band was playing the following day. The kitten, which has since been named Gypsy, has apparently found a home thanks to a friend of one of the band’s runners. Check out a precious picture of the cat below via the Old National Center Facebook page.