Q-Tip Enlightens Iggy Azalea on the History of Hip-Hop

If you haven’t been following the long-simmering Twitter spat between two of the year’s most outspoken rappers Iggy Azalea and Azealia Banks, well you honestly haven’t missed too much. But in recent days, things have heated up just a bit, causing Action Bronson to awkwardly stumble into the fold, and even drawing the ire of Anonymous, who are threatening to leak Azelea’s sex tape if she doesn’t apologize to Banks. But as the Fader points out, a more level head has stepped up in the form of Q-Tip in an attempt to educate the Australian-born rapper in the intrinsically political history of hip-hop. Even if you’re not interested in the petty implications of ongoing Twitter beef, Tip’s series of tweets functions as a pretty important primer in the social roots of the movement and a tidy explanation of how the concept of white privilege relates to the genre.

“Hip-hop is fun, it’s vile, it’s dance, it’s traditional, it’s lighthearted,” Q-Tip explains in one of the tweets’ high points. “But one thing it can never detach itself from is being a SOCIO-Political movement.”

You can read a transcript of the full series of tweets below, or in their original form over at Storify. Q-Tip for his part presumably remains at work on A Tribe Called Quest’s Low End Theory reissue and his production for Kanye West’s Yeezus follow-up.

“Hiphop is a creative artistic and socio-political movement/culture that sprang from the disparate ghettos of NY in the early 1970s. Coming off the heels of the CIVIL RIGHTS MOVEMENT and approaching the end of the Vietnam war it was a crossroads 4 America. Specially for blacks in the US our neighborhoods were PROLIFERATED w/a rush of HEROIN. Our school systems here in NY dungeon traps with light for learning. Blk men some of whom didn’t return from tours of duty n the ones who did came w/war baggage (Agent Orange, addiction etc…) These men had families but due to these events and throw into the mix the public emasculation…they proved to be handicapped parents. The surrogate parents? THE STREETS. 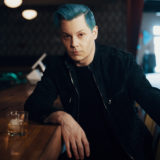 The streets of gangs, crimes, and the hustlers coddled us and swept us up. But! Being a spirited, rhythmic and expressive people, music art dance outlined our existence. It proved a way for us to exalt to scream to dance to laugh and find OUR VOICE. We weren’t at the time skilled musicians as kids. We had records, turntables, ideas and INGENUITY. Being natural chemists we took from whatever was availed to us and we created something mighty and special. We cut breakbeats back n forth, we took a hybrid of Jamaican toasting along w/ radio jock rap (Hank Spann, Gary Byrd etc) and we put our rap down…It was a neighborhood thing really. Black and Latino kids were carving out their space and it became infectious. Eventually Keith Cowboy coined the phrase hiphop. Yrs later the first rap record was recorded and now we r moving.

But during these strides this country still had the monster of racism and racial insensitivity breathing and ruling. Believe it or not young black n Latino lives specifically weren’t acknowledged in mainstream American culture unless of course the convo was abt gangs, being criminal or uneducated. And hey! Like I stated early our families were rushed our schools sucked and we were left to put devices to survive. But HIPHOP showed that we had DEPTH, fire, and BRILLIANCE. The music was undeniable! It moved from NY n became national and even GLOBAL. Hiphop now was FOR EVERYBODY!! All of those who cld relate to the roots, the spirit, the history, the energy…it reached YOU.

It touched your spirit n took u up. We magnetized you! That’s what BRILLIANCE does! Now u are fulfilling your dreams…BUT! You have to take into account the HISTORY as you move underneath the banner of hiphop. As I said before, hiphop is fun it’s vile it’s dance it’s traditional it’s light hearted but 1 thing it can never detach itself from is being a SOCIO-Political movement. U may ask why…well, once you are born black your existence I believe is joined with socio-political epitaph and philos based on the tangled and treacherous history SLAVERY alone. This is the case. It never leaves our conversation…ever. Whether in our universities our dinner tables our studios or jail cells, the effect still resonates with us. It hurts…we get emotional and angry and melancholy. Did you know President Clinton was the ONLY PRESIDENT to apologize for it? Did u know that remnants of slavery exist today thru white privilege? When certain ‘niceties’ r extended your way because of how u look? Isn’t that crazy? I say this 2 say u are a hiphop artist who has the right 2 express herself however she wishes. This is not a chastisement this is not admonishment at ALL this is just one artist reaching to another hoping to spark insight into the field you r in. I say this in the spirit of a hopeful healthy dialogue that maybe one day we can continue. I’ve been on Twitter a long time and this will probably be my last series of tweets pretty much but I’m kool with it as long as I got to share this w u. Zzzzzzz’s up! Peace!” ?