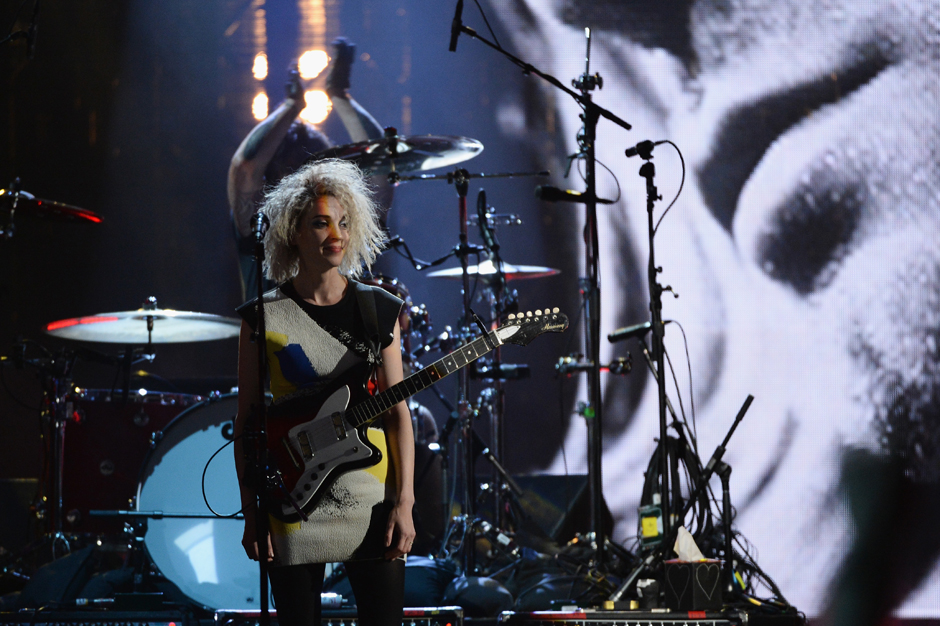 Marc Maron is known for coaxing excellent interviews out of even the most reserved subjects, so the always talkative and excitable St. Vincent — born Annie Clark — got more than her share in on today’s episode of WTF. The electrifying performer — whose self-titled album just landed on SPIN’s 50 Best Albums of 2014 list — chatted with the show’s host about topics including New York City, her fashion sense, and, most interestingly, working with the recently reunited Sleater-Kinney’s Carrie Brownstein on some music.

According to Clark, the pair have written some tracks together, though there’s no concrete plans in store to do anything with that music just yet. Stay tuned and stream St. Vincent’s full conversation with Maron on the WTF site.