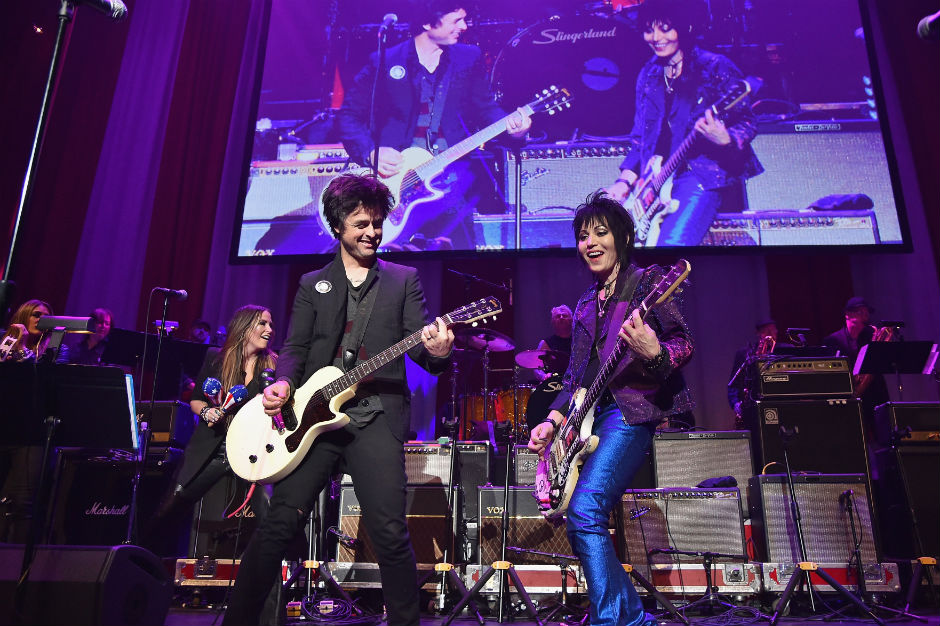 The Rock and Roll Hall of Fame announced its list of 2015 inductees this morning, and it’s a lineup that should make punk fans new and old grunt in vague approval. Art-rock forefather Lou Reed, already in the Hall as a member of the Velvet Underground, will also be posthumously inducted as a solo artist, while new wave-era empress Joan Jett will also see long-overdue inclusion with her backing band, the Blackhearts. And representing for the Alternative Nation set, So-Cal demigods Green Day made the cut in their first year of eligibility.

The set will not be without its controversies, however, as even Green Day singer Billie Joe Armstrong himself would probably find it quizzical that Green Day got in ahead of nominees like ’80s legends the Smiths, or industrial overlords Nine Inch Nails, whose relevance as popular recording artists predates that of Armstrong and company by a good half-decade. And for what feels like the 100th consecutive year, dance music was again given the short shrift, with electronic innovators Kraftwerk and disco standard-bearers Chic (now officially the Tim Raines of the Rock Hall) again snubbed. Gangsta rap legends N.W.A. were also denied entry, as was, uh, solo Sting.

Among the other artists who will be shown past the velvet rope are 12-bar groups the Paul Butterfield Blues Band and Stevie Ray Vaughan & Double Trouble — though the leads of both acts will also be posthumous inductions — and ’70s soul great Bill Withers. Ringo Starr, the final Beatle yet to be inducted as a solo artist, will receive the Award of Excellence, and pre-rock era R&B act the “5” Royales will be given the Early Influence Award.

The ceremonies will take place at Public Hall in Cleveland on April 18, 2015. Tickets for the event go on sale December 18.