The "Shmoney Dance" creator was arrested on Wednesday 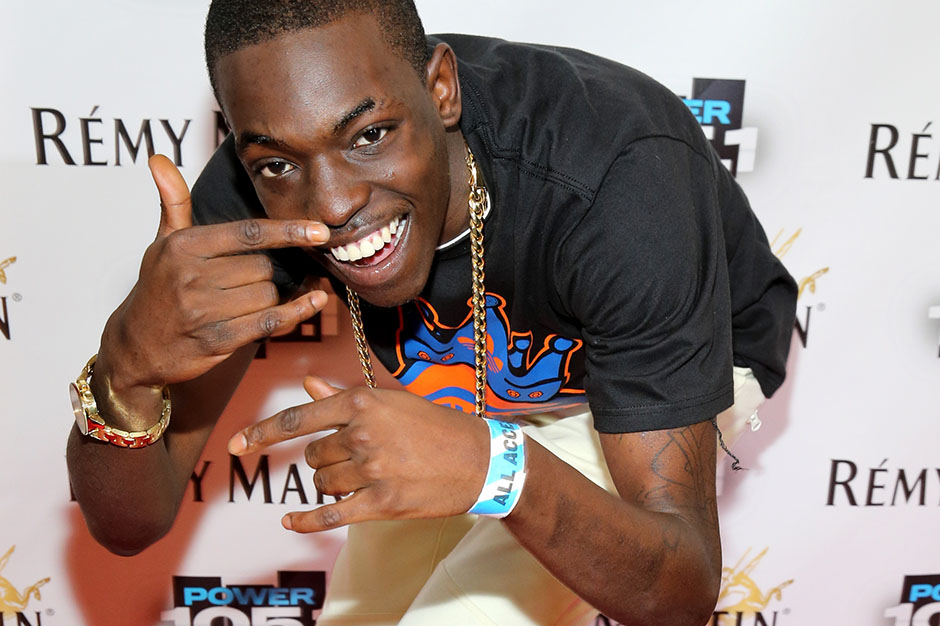 Rapper Bobby Shmurda was just indicted on charges of conspiracy of second-degree murder. He also faces assault, weapons, and narcotics charges, according to Revolt. Shmurda and members of his GS9 crew were arrested at Quad Studios near Times Square on Wednesday as part of an investigation into gang-related shootings. The “Shmoney Dance” creator, whose real name is Ackquille Pollard, is accused of firing a gun towards a crowd of people outside a Brooklyn barber shop earlier this year, while he was a member of a street gang, according to the Associated Press. He’s also alleged to have been present last year during a fight between rival drug gangs outside a Brooklyn courthouse where shots were also fired.

Among the pieces of evidence used to charge Pollard includes recorded phone calls between him and gang members in Rikers Island, in which they reportedly used code words: firearms were apparently referred to “socks” or “tomes,” while shootings were “sun tan.” The indictment also claims that Pollard bragged, “I am two socks Bobby right now” in an April 28 recording.

Pollard’s attorney says the up-and-coming rapper was framed. “Does it make sense that he would resort to committing crimes when he has the world in the palm of his hand?” his attorney Howard Greenberg said outside of the courthouse, denying the charges. “It’s ridiculous.”

The 20-year-old MC will appear in court again on January 29. He’s currently being held on a $2 million bail, though a WABC-TV reporter says Epic Records will post the bail. This isn’t Shmurda’s first run-in with the law, though it is the most serious. In June, he was arrested for felony gun possession and again for a marijuana-related offense in October.