On December 8, Smashing Pumpkins take over the building on the cover of the classic LP 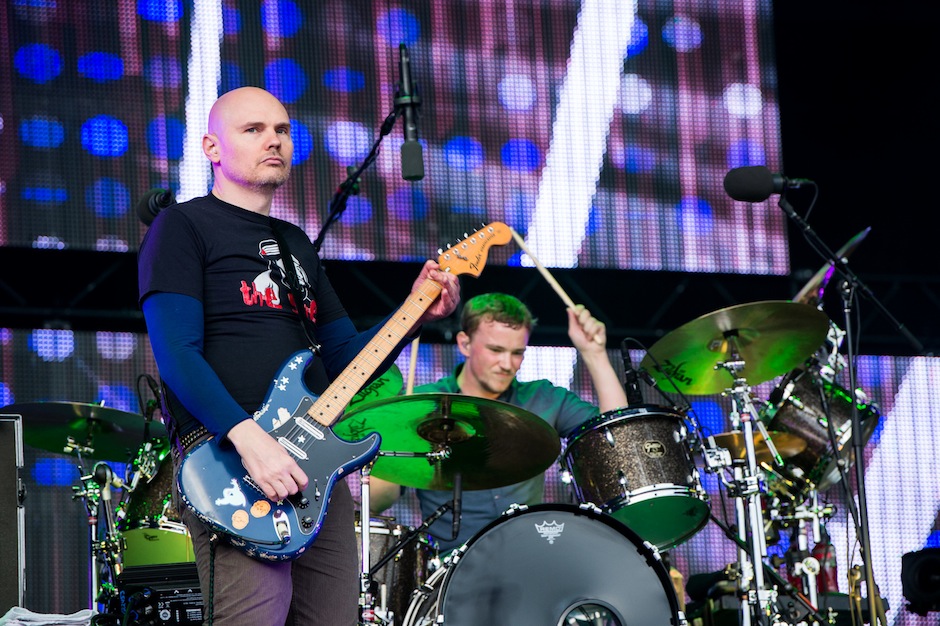 The Smashing Pumpkins new album Monuments to an Elegy has been streaming on iTunes for the last week or so, but Billy Corgan has announced today that New York and Chicago fans waiting to get their hands on a physical copy will be able to do so on Monday December 8, a day before the album’s official release. Chicago residents will naturally be able to head over to their resident cat aficionado’s tea shop Madame Zuzu’s, but New York fans have the opportunity to do something a little more unique.

For one day only, Physical GraffiTea—a tea shop on the ground floor of the building from the cover of Led Zeppelin’s classic album of the same name—will turn into a Madame Zuzu’s pop-up shop where you’ll be able to buy the new album, Madame Zuzu’s tea, and limited edition Smashing Pumpkins merch. According to Corgan’s website, there will be mugs, christmas ornaments, lithographs and tea bundles on hand. So if you want to pay homage to a bit of rock history while picking up the new Pumpkins album, the store will be open from 8 a.m. to 10 p.m., at which point the band will likely be in the midst of an intimate set around the corner at Webster Hall.