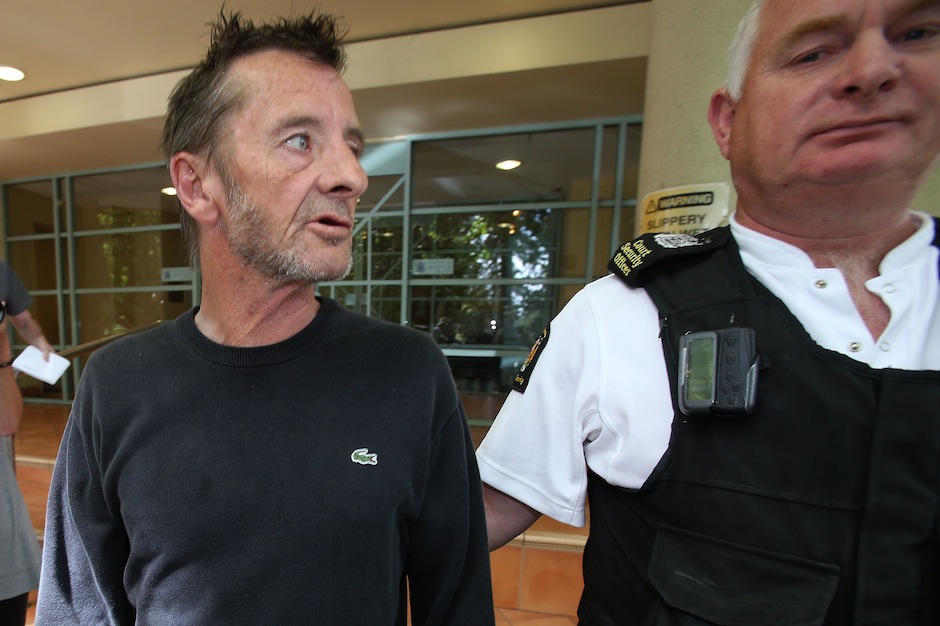 The strange saga of former AC/DC drummer Phil Rudd, who previously faced charges of hiring a hit-man, keeps getting stranger. A week after he behaved erratically in court by jumping on his security guard’s back and winking at a reporter, Rudd was taken back into police custody for violating a court order and allegedly threatening a witness.

According to New Zealand’s Stuff, the embattled musician was at a coffee shop near Tauranga Girls’ College on Thursday when he ran into a former security guard who was a witness in the case against Rudd. Coffee shop employees described the scene to the magazine, with one waitress saying Rudd was “all up in the guy’s face,” prompting the former security guard to push him in the chest. “He fell backwards over our sign and landed in the cafe,” another worker said. “There was food and stuff everywhere.” According to The New Zealand Herald, the guard told Rudd to “get out of my way,” adding “that’s why I don’t work for you anymore.”

Rudd then reportedly sped off, and was pulled over and taken into police custody soon after. “He was out and bloody dancing around and carrying on,” an observer told the Herald. The fight — interacting with the former security guard at all, really — violated a court order to avoid contact with police witnesses. A judge readmitted Rudd to bail after strengthening his bail conditions, and he’ll be back in court on February 10. Though the most serious charge of attempting to hire a hit-man was dropped, Rudd is still facing charges of making a threat to kill and possessing marijuana and methamphetamines.

The drummer’s lawyer said the meeting at the coffee shop was a coincidence. “It was a meeting with somebody he wasn’t meant to associate with in a shop,” Craig Tuck said. “It was a chance meeting and then there was contact from that.”