It'll appear on the band's next album, 'Moments To An Elegy' 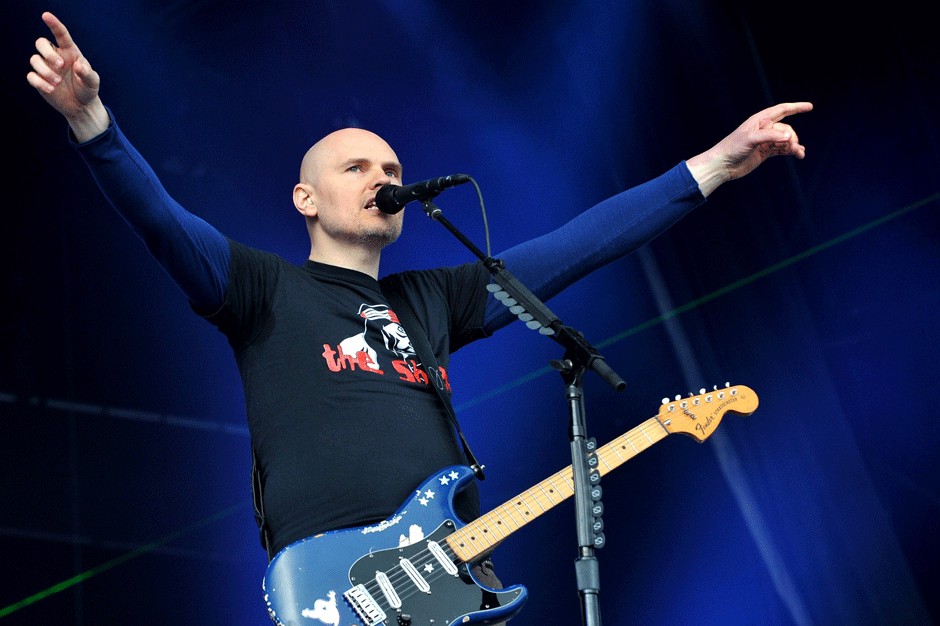 Well, we’ll be darned. The Smashing Pumpkins (i.e., Billy Corgan and none of the original band members) have released an epic-sounding new song, filled with romantic keys, crashing percussion, and lush harmonies. Set to appear on their forthcoming album, Moments To An Elegy, “Tiberius” follows the electro-tinged “Being Beige” and “One and All.” Their new one is easily the trio’s standout, and it sonically relies on poignant piano, high-pitched synths, nearly metal guitar-work, and Corgan’s trademark nasal wail. Stream “Tiberius” via Noisey, and grab Moments To An Elegy when it drops on December 9.