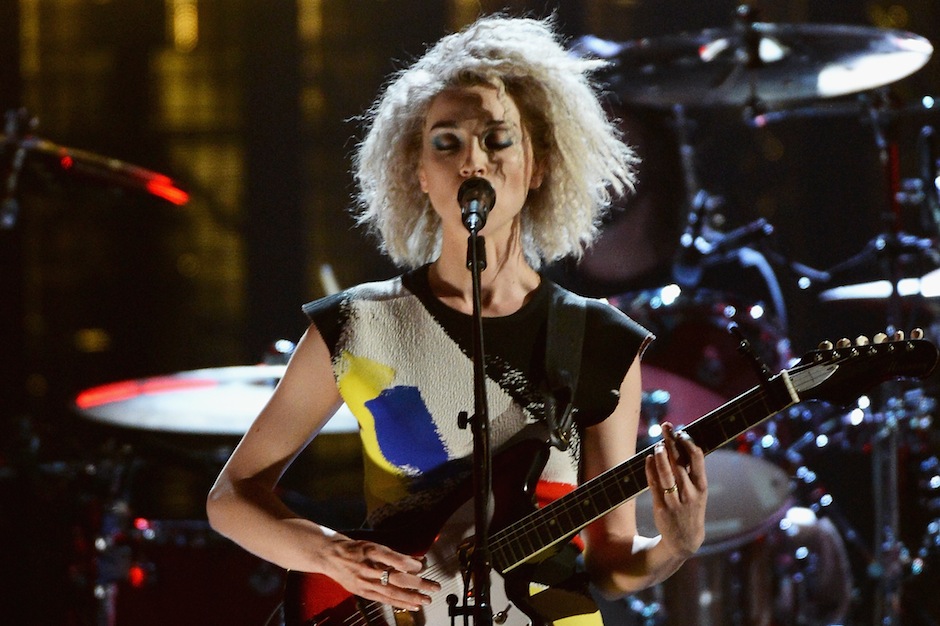 If the usual Black Friday deals weren’t enough to get you out of bed at an absurd hour yesterday, America’s favorite space-pop guitar virtuoso, coffee aesthete, and former SPIN cover star St. Vincent put out a new limited 10-inch record as part of Record Store Day’s Black Friday festivities. But if you weren’t able to get down to your local independent record retailer in time to snag one of the few copies, both the A-side “Pieta” and the flip “Sparrow” have already hit the Internet thanks to some enterprising Tumblr users. Both of the moody ballads were apparently recorded with producer John Congleton during sessions for this year’s stunning St. Vincent, but they tend to be a little more wispy and amorphous than most of the laser-guided melodies that filled up that record. Think of them like the more dazed tracks that populated Actor and Marry Me but run through the aesthetic filter of the self-titled record’s fiery digitalism. You can stream both tracks below in full.