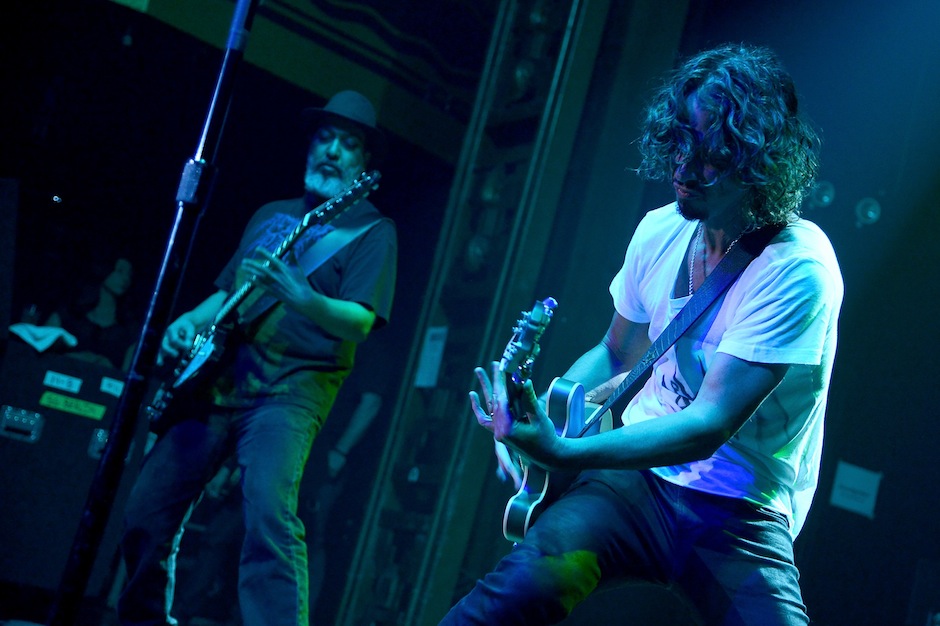 In just a few short weeks, Soundgarden will issue a comprehensive B-sides collection called Echo of Miles: Scattered Tracks Across the Paths, and a couple of releases Friday highlight the full spectrum of the sort of tracks that album will compile. The morning saw the issuance of a grimy cover of Sly Stone’s “Thank You (Falettinme Be Mice Elf Agin)” but the evening turned up an unreleased gem of their own.

Recorded, as Rolling Stone reports, during the sessions for their 1989 album Louder Than Love, this spiraling instrumental “Twin Tower” dates back to the band’s earliest days, and appropriately features a doomy guitar grind. Though lacking Chris Cornell’s distinctive wail, the downcast sludge is fairly representative of what the band was doing at the time, and is a pretty interesting look into a pitch black rearview mirror. You can stream the whole three-minutes worth of gloom over at Rolling Stone.