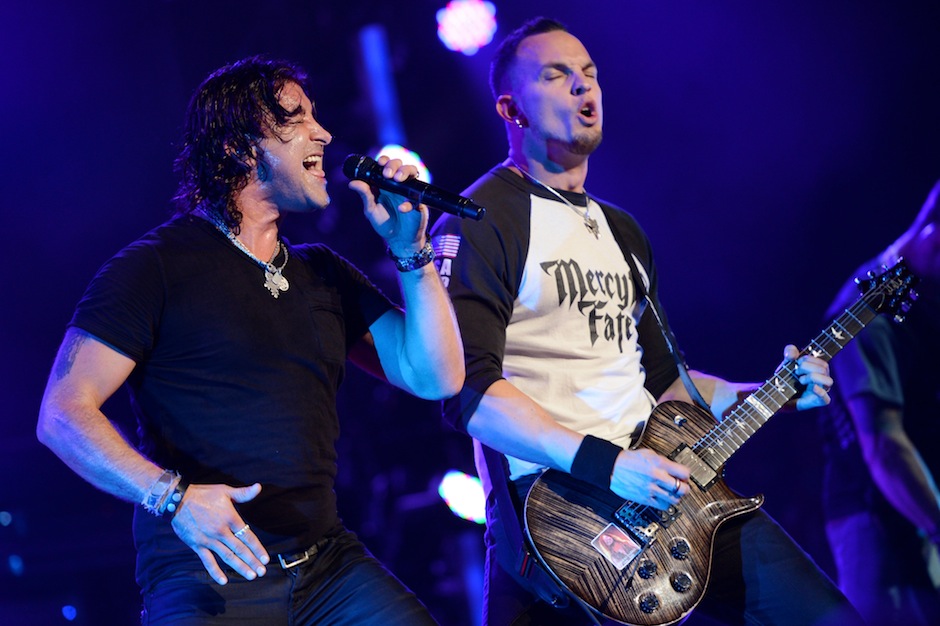 Just two days after Scott Stapp posted a rambling video to Facebook in which he claimed to be homeless, as Rolling Stone points out, more details of the Creed singer’s recent troubles have emerged. According to court documents that TMZ has reportedly acquired in conjunction with the singer’s ongoing divorce from his wife Jaclyn Stapp, the frontman might not be as sober as he purported in that initial video, which may have led to him being placed on temporary psychiatric hold by police earlier this month.

According to a Madison County, Florida Sheriff’s Department report from November 13 that TMZ acquired, deputies came upon Stapp in his car on the side of the road at which point he was “wasted, incoherent and rambling that someone was trying to poison him.” At that time, Stapp was placed on an involuntary 72-hour psychiatric hold before he was eventually released. Now, in documents filed after Stapp posted the video to Facebook, Jaclyn seeks to have him placed back on a longer psychiatric hold so that he can get the help that he needs.

In her divorce petition, she alleged that Stapp has been on an extended drug binge that may be contributing to this recent behavior saying that he’s “doing so much amphetamines, crystal meth and steroids that he has become a paranoid shell who has threatened to kill himself and his family.” TMZ alleges that this is supported by some of Stapp’s recent actions. He supposedly called the dean of his son’s school to inform him that ISIS may have been targeting the school, and he has also reportedly threatened to kill himself and his Alcoholics Anonymous sponsor.

For his part, Stapp removed the inciting video from Facebook and replaced it with a more tempered message.

“All I can say is that the truth will set you free,” Stapp wrote. ” And I’m holding onto Jeremiah 29:11 and Isaiah 44:8. This is a test of faith and I will NEVER give up or lose my faith. No matter what. This will be my last statement until after justice is served.”

There’s no word yet when a judge may rule on these latest documents filed.