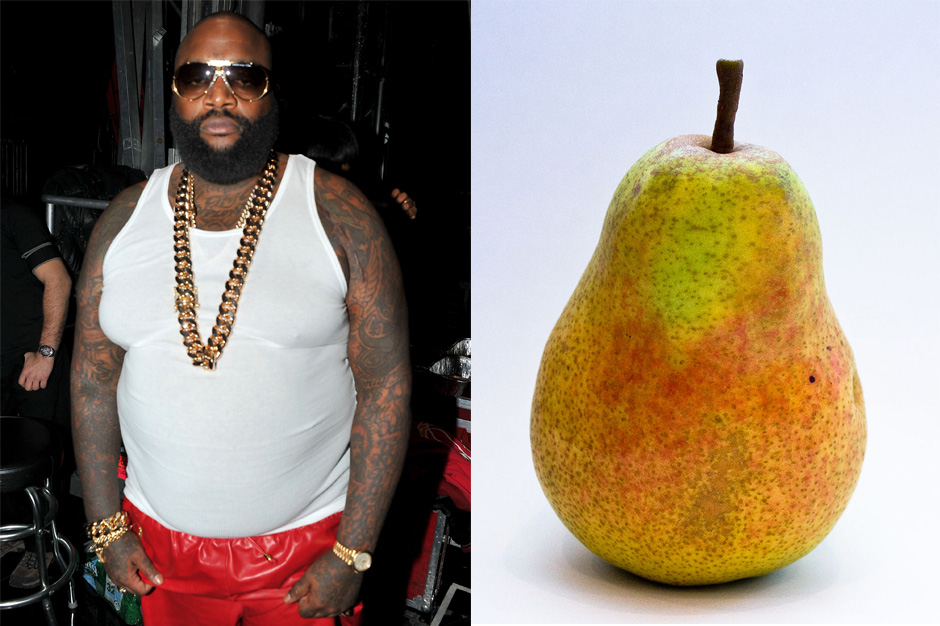 Rick Ross lost a lot of weight this year, and while he joked in a recent Funny or Die video that it was thanks to his “RossFit” workout routine, the real reason has to do with eating healthy foods like pears. Especially pears. In a backstage interview with BBC personality Tim Westwood, the rapper famously gave a “shoutout to all the pear.”

This amazing ode to fruit went viral, as well it should’ve. Almost every other comment on Ross’ Instagram is just the pear emoji, and he recently even autographed a fan’s pear. Now the pear farmers of America are thanking Rozay for giving the fruit of their labor so much attention. “On behalf of our 1,600 pear growers from the Northwest region, we are pleased that Rick has mentioned the health benefits of pears,” USA Pears spokesperson Kathy Stephenson told Modern Farmer. “Overall, we could not be more pleased with our message being delivered to a new, young and hip demographic.” Farmer reports that there hasn’t been a significant uptick in sales (yet), but farmers are just happy Ross put pears back in the limelight, since they really were ripe for a comeback.