Radiohead Have Started Recording Their Next Album 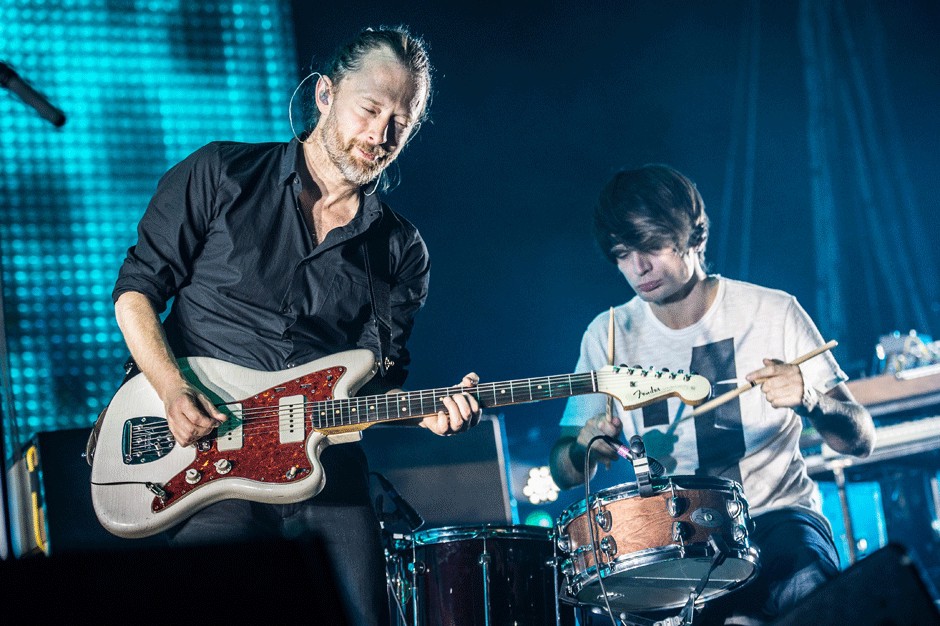 Radiohead have more or less left us high and dry for the last year or so in regards to their next album, but, according to the NME, guitarist/keyboardist Jonny Greenwood has confirmed that the band is indeed back in the studio and recording their ninth LP, the follow-up to 2011’s King of Limbs. Speaking to the BBC’s David Prever yesterday, Greenwood said, “I’m late, they’ve all gone [to the studio] now.” He added, “We’re currently playing and recording and it’s fun to see everyone again, it’s been a long time coming, we’ve been waiting all of us for a long time.” (Yeah, we’ve been waiting for a long time, too.)

Describing their present sessions as a lot of “fumbling,” Greenwood went on to say, “It always feels when we start up like we still don’t know really how to do it, and we don’t know quite what to do. ‘Looking down avenues’ is a very kind way of putting the kind of fumbling that we do, mainly because every time we try and do it like the last time — because that worked — it never seems to work. So we talk about different approaches and we’re currently trying a bunch out.” Hey, if a lot of “fumbling” eventually leads to a hip-swiveling, droopy-eyed Thom Yorke, then by all means, fumble away, fellas.