There are constants that accompany any Nickelback release. It will almost certainly be bought and appreciated by several hundred thousands of people, casually enjoyed through radio airplay by a couple of million more, and utterly dismissed (if not roundly disparaged) by everyone else.

After being one of the most popular bands in the country for most of the millennium’s first decade, the Chad Kroeger-fronted MOR rock outfit is arguably best known today as a musical punchline. Their presence has been protested in London, Detroit and Vancouver. They’ve been called the reason why rock is dying — by one of their rock star peers, even. Braving one of their concerts has qualified as stunt journalism. When BuzzFeed writes an article called “How U2 became the new Nickelback,” the headline needs no further explanation — there is perhaps no greater shaming for a once-relevant rock band than to whip out the comparisons to Hanna, Alberta’s finest.

Are Nickelback really that terrible? Of course not. We wouldn’t nominate then for the Rock and Roll Hall of Fame (or even one of our year-end lists, probably), and they’ve released a fair share of instant-channel-flippers in their time. But like just about any band that’s managed to stay extremely successful for over a decade, they’ve had their moments, too. Here are our five favorite Nickelback songs — and if you see the group chilling in your hometown, just let a band of Canucks live, won’t you? ANDREW UNTERBERGER 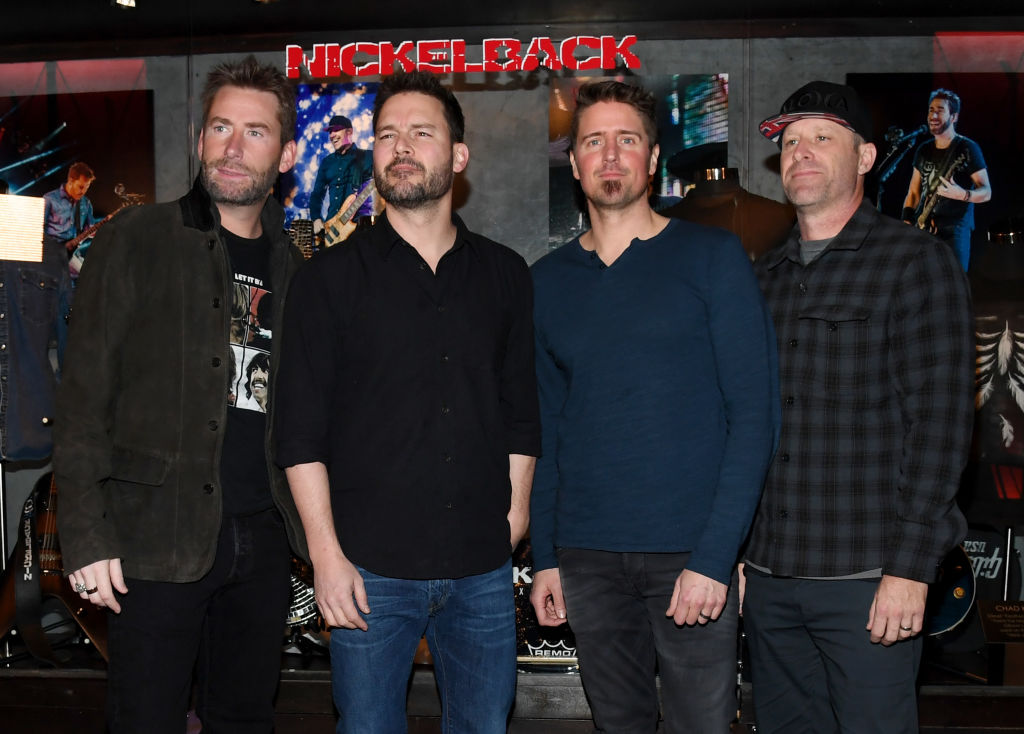 The one Nickelback song people can almost agree on — their “In the Air Tonight” or “Since U Been Gone.” There was a brief moment when these eager-to-please bros were interested in nothing but setting up the best, bluntest chord changes they knew and blowing a radio to bits on a dynamite chorus that genuinely didn’t sound tired. They could’ve ended it before those blats of “I’ve been wrong! I’ve been down!” or that catchy post-chorus “Yeah, yeah! Oh, no!” but they knew three different hooks could be spun from this one. And give it up for drummer Ryan Vikedal, because that funky snare fill offered a brief moment where we wondered if this dark horse could deliver us from Creed. DAN WEISS

Nickelback’s secret feminist past! Maybe not, but the opening bid from their first blockbuster album showed that Chad “Something in Your Mouth” Kroeger wasn’t always so self-serving. On “Never Again” he’s the neighbor of an abused wife (“She cries to me / Go back to bed / I’m terrified that she’ll wind up dead in his hands”). To keep things red-state, revenge is exacted via gun. OK, so it’s no Rear Window, but in a meathead-moralist tradition that spans from Aerosmith’s “Janie’s Got a Gun” to Miranda Lambert’s “Gunpowder & Lead,” they ripped off the good guys for once. D.W.

On the surface, Nickelback’s “Figured You Out” seems like one of the most deplorable songs of the ’00s. Dig a little deeper, though, and… It’s actually still pretty f–king vile, actually. But the song actually dives so unapologetically into scumbaggery that it’s impossible to read it totally straight — not even Nickelback could be so un-self-aware to think that lyrics like, “And I love your lack of self-respect / While you’re passed out on the deck / I love my hands around your neck” could be fit into a straight-faced love song (or even a straight-faced rough-sex song). By song’s end, “Figured” just becomes a kind of surreal account of a relationship that’s spiraled wildly out of control for both parties, with the mania only furthered by the song’s relentless, crunching groove — maybe the band’s all-time best — and distant, mostly incomprehensible backing vocals. If Kanye did it, we would call it his descent into madness; because Nickelback did it, we just called them assholes. A.U.

In the mid-to-late ’00s, Nickelback got into a really bad holding pattern of releasing turgid over-serious semi-ballads like “Savin’ Me,” “If Everyone Cared,” and “If Today Was Your Last Day” as singles, making the band seem not just unlikeable, but boring and decidedly un-rocking. After those humorless duds, “Burn It to the Ground” blistered through like a swig of gin out of what you thought was a water bottle. One simple, rumbling guitar riff, a pounding bass drum (counter-balanced with a 6/8 snare pattern to keep the song moving), and Chad Kroeger raving in “Wish”-like stop-start verses about being “no class / no taste / no shirt / SHIT! FACED!” Throw in the band’s best chant-along chrous (complete with fist-pumping “HEY!“s), and you have a Nickelback song that should’ve ended up as the ‘Back’s “Nothin’ But a Good Time.” A.U.

The highlight off Nickelback’s recently released No Fixed Address is almost certainly opening track “Million Miles an Hour,” which bursts out of the gate with a crashing guitar riff that almost sounds Death From Above 1979-ish in its streamlined ferocity, then matches it with clanging bass and thundering drums on the verse, resulting in one of the hardest-hitting songs the band has ever done. “Miles” details a particularly good (and/or particularly bad, hard to tell) drug trip, Kroeger’s voice filtered to near-unrecognizability as he sings “I like this everlasting pill / ‘Cause time itself is standing still.” The song floats somewhere between “Comfortably Numb” and “Space Oddity” in tone, though it’s hard to imagine Floyd or Bowie ever using a phrase like “the speed of f–kin’ sound” or a couplet like “Turn off your phone so no one calls / ‘Cause you and I are tripping balls.” And that, friends, is why we keep Nickelback around. A.U.