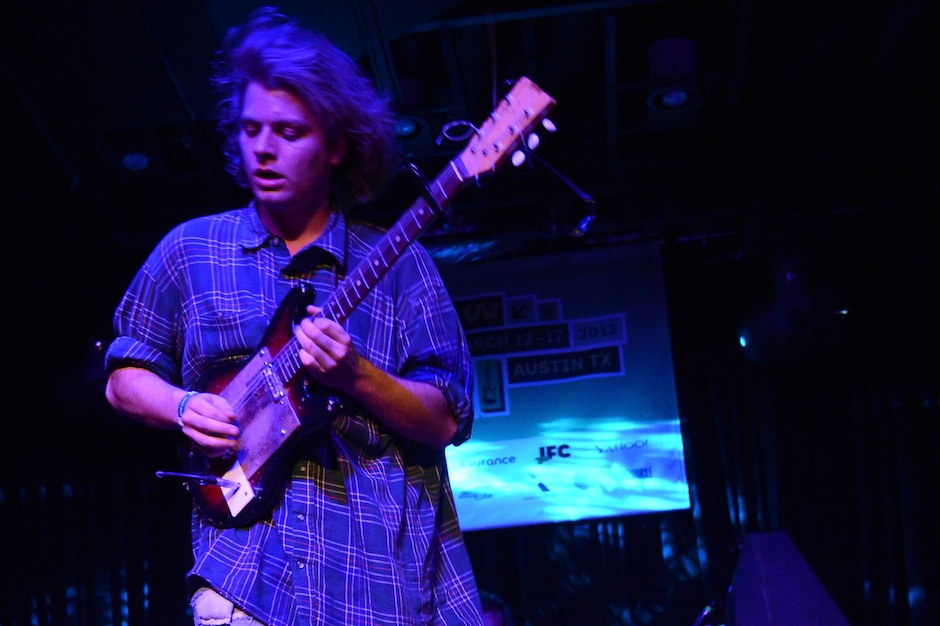 Mac DeMarco’s live shows have a reputation for rowdiness and unpredictability, but it seems that a set at UC Santa Barbara on Friday didn’t quite go according to plan. Campus police at the California institution stopped the show twice, reports the Santa Barbara Independent, first to engage with concertgoers for moshing and roughhousing, and then to detain the Salad Days prankster himself. After the crowd lifted DeMarco up to the venue’s ceiling beams, he clambered back down onto the stage, where police restrained him and took him outside. The law enforcement officers eventually realized that DeMarco was the evening’s performer and not just an audience member, but the show didn’t go on.

Two fans in attendance were also arrested in conjunction with the evening’s first incident. A 22-year-old man was reportedly attempting to goad fans and security guards into a fight and a 21-year-old woman was charged with resisting an officer. All in a days work for Captured Tracks’ resident jangle-pop weirdo. Check out a picture of DeMarco getting detained below, via his Instagram account.