Jack Antonoff and Grimes Just Hit the Studio Together

It'd be the follow-up to the singer's track with Bleachers, 'Take Me Away' 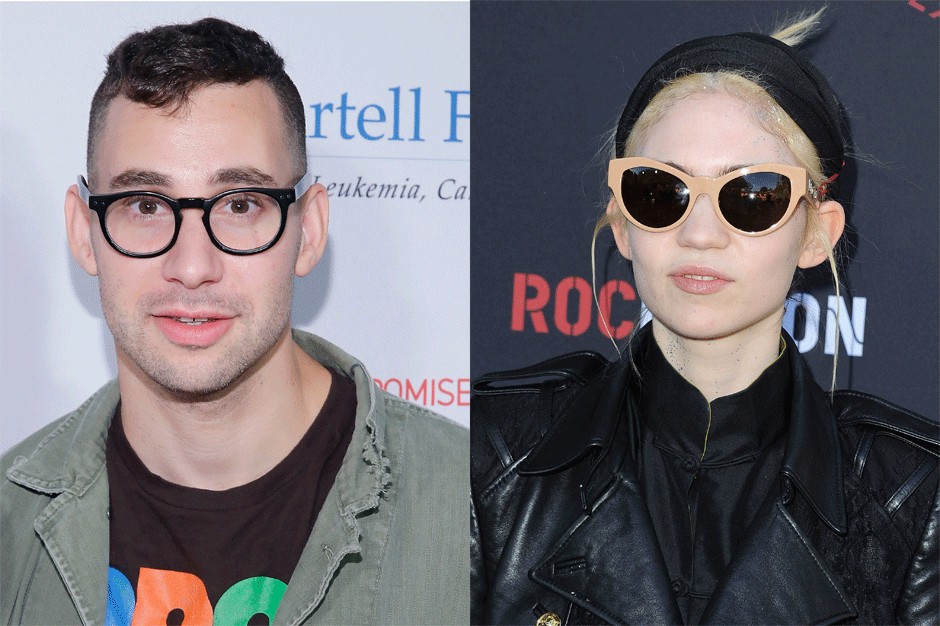 Jack Antonoff is becoming quite the desirable writing partner. Not only has he made a name for himself in both fun. and Bleachers, he’s also got a production and co-writing credit on Taylor Swift’s mightily catchy “Out of the Woods,” as well as a couple of other 1989 tracks. Now, according to the Daily Beast, the “I Wanna Get Better” singer just clocked studio time with Grimes, who, if you’ll recall, also appeared on Bleachers’ R&B-tinged “Take Me Away.” Anyway, apparently they’re having “a really emotional time.”

Here’s what Antonoff told the Beast.

I’ve done these sessions where they throw a bunch of writers together and have a reference for what they want to do, and it’s factory-farming bullshit. But anytime I work with Taylor or Tegan and Sara or Sara Bareilles or anyone I’m working with right now — I was with Grimes yesterday, who I love — it’s just the two of us in a room having a really good time. Or a really emotional time. We’re throwing around ideas and sounds so that the result is 1 + 1 = more than 2. That’s why it’s really cool to collaborate.

Best of luck to those crazy kids. Stream their first collaboration, “Take Me Away,” below.