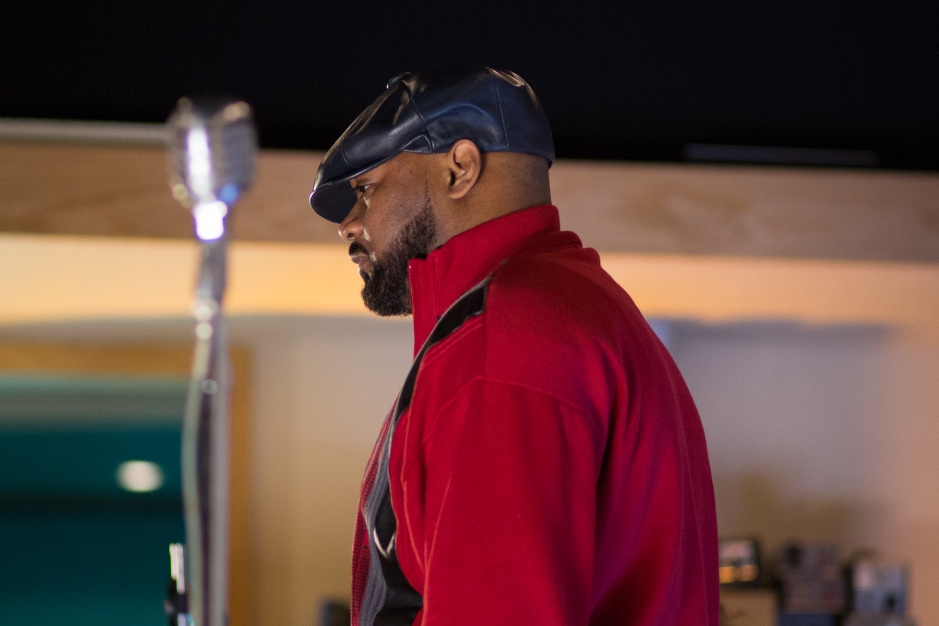 Rap legend and Wu-Tang Clan MVP Ghostface Killah is one of the most consistent rappers of the last two decades, peaking in the 2000s on classics like Supreme Clientele and Fishscale with little filler in between — he’s one of the few Wu-Tang members to garner as much acclaim for his solo work as the group efforts. He’s been slightly less prolific since parting ways with Def Jam after 2009’s heniously underrated R&B experiment, Ghostdini: The Wizard of Poetry in Emerald City, releasing only the low-key Apollo Kids and the comic book tie-in Twelve Reasons to Die, a collaboration with producer Adrian Younge that featured RZA narrating in between songs. But with short notice, he’s announced another concept album about heartbreak and revenge, 36 Seasons, out December 6 via Tommy Boy, only a week after Wu-Tang Clan’s long-awaited A Better Tomorrow.

The new album contains another comic, this one about GFK’s alter ego, Tony Starks, returning to Shaolin after a nine-year absence — that’s a total of, ahem, 36 seasons — with art drawn by various artists and compiled by Matthew Rosenberg, who also worked on Twelve Reasons. Guest rappers include the legendary Kool G Rap and AZ, the latter portraying a crooked cop who sets Ghost up and leaves him for dead. A quick plot synopsis: Our antihero is brought back to life by the mysterious Dr. X, though he now breathes out of a special mask designed to keep him alive. He seeks vengeance on the criminal competitors who sabotaged his relationship with love interest Bamboo (played by Kandace Springs), who may also have double-crossed him herself.

As usual, the music combines frenetic, on-the-scene rapping with old-school R&B that’s increasingly less sample-oriented. Twelve Reasons’ backing band the Revelations return to produce, adding live funk and thematic exigency to the record, even tying in a cover of the soul chestnut “Thin Line Between Love and Hate” by the Persuaders. As for whether they’ll be touring with Ghostface as his live band again, the MC simply said, “We haven’t talked about that yet.”

The label change to Tommy Boy is an apt one: Fifteen years ago, New York’s Tommy Boy released Prince Paul’s A Prince Among Thieves, a rap opera in a similar vein with a tightly coiled narrative and star-studded cast. (It should be noted, though, that the label was one of the many targets dissed in fellow Wu member GZA’s 1995 screed “Labels,” for mismanaging an early career with RZA, who went by Prince Rakeem at the time.)

The 44-year-old rapper spoke with SPIN over the phone to discuss the creative process behind the album, as well as the label change and the possibility of graduating from comics to film.

Did the Revelations give you music to write to or did you tell them, “I need this kind of beat for this kind of scene?”
The production brought the music to me, the script to me. I’m like a hitman when it comes to this shit. I just carried out the hit on my part and everybody else did their part.

Is it more difficult to stretch a concept over a whole album, or to pack lots of details into one song?
Probably the second. When you’re doing a concept album it’s easy. It’s like a movie, you already know what you’re dealing with. When you try to do other things, this and that here, that’s cool too, but I prefer the concept. You already know where you’re going with it. That makes it easier for me.

Is it harder to write a fictional character?
With me it’s either way, it don’t make a difference because my imagination is wild. Whatever I feel and just think of I can make it come to life. When these little guys talkin’ that gangsta shit and it’s not gangsta — they convincin’ themselves that they are. I’m a fan of Slick Rick and things like that — I’m looking at it like a Martin Scorsese. Meaning like, when I see it, I can go with it, run with. I put all the pieces together and make it about something and give it to the people.

Have you ever thought about doing a movie for any of these records, or even a musical?
Yeah, I thought about that mad times. This one is one way you could set it off. That would be great, from the beginning to the end you’re just watching it. If you’re driving in your car and you go two or three hours or whatever and you could just put it on repeat. Keep it going. Instead of reading a book you could just stand and listen, all you gotta do is put it all together.

How did you know AZ would perfect to play the crooked cop on this?
I left it to my people and they just reached out, they smashed up Kool G. Rap. This was not just my thing, this was a group of people who helped put this together.

Both this and Twelve Reasons to Die came out after you parted with Def Jam. Were you trying to do “comic-book” albums while you were on and they just didn’t have the budget?
Nah, they could deal with me over there on that front. At that time, music started changing and  the company shrunk down to basically nothing. That’s what that was. It wasn’t like I tried to put out a comic book album and they just denying me. I parted ways when the time came, when I did the R&B album. I was like, there’s nothing really up there no more because they couldn’t even get a couple singles played off the album. I knew that whatever it was up there, that my time had basically ran out.

I think that R&B album — Ghostdini: The Wizard of Poetry in Emerald City — is really underrated, that’s a great album.
Yeah, that’s like one of my best pieces of work as far as my solo shit. When I knew they couldn’t work that, it was over.

This is your first album for Tommy Boy, so I bet a lot of people are asking about the “Tommy ain’t my motherfucking boy” line [from GZA’s “Labels”].
That shit was like 1993, ’94 when Genius did that “Labels” or whatever. That’s nothing, man. I don’t really care about that shit. Even if back then… Tommy Boy, RZA was on Tommy Boy for like five minutes, so that’s just what it is.

Are you also excited about [Wu-Tang Clan’s] A Better Tomorrow coming out?
Yeah, yeah.

Is [delayed Supreme Clientele sequel] Blue and Cream ever going to come out?
Sometime in the fall. It’s too much work that I got coming.