The show's hosts Scott Aukerman and Reggie Watts aren't so sure... 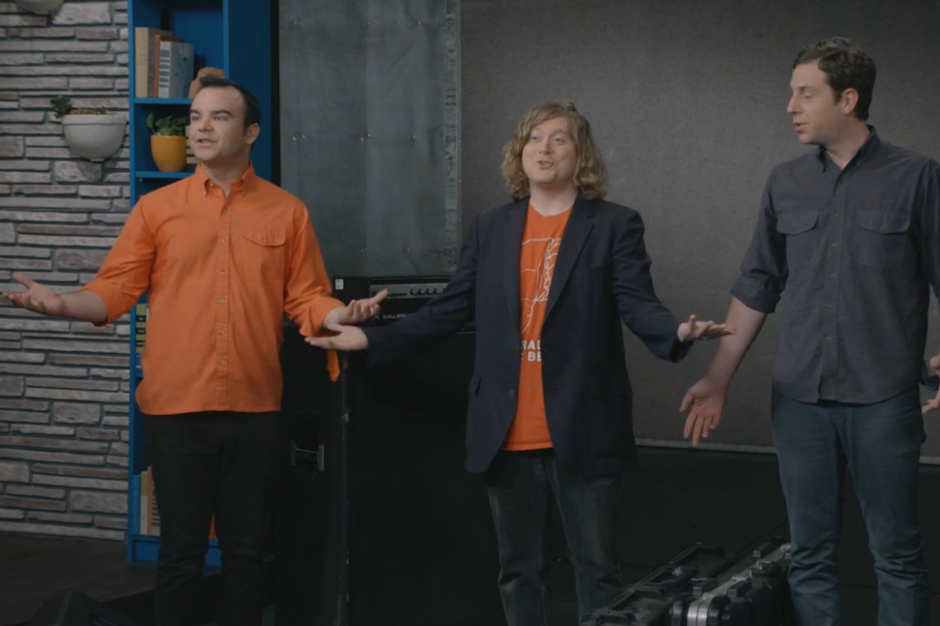 It’s an age-old television trope: A beloved band’s bus breaks down outside the main character’s house (what a coincidence!), and then everyone enjoys some madcap hijinks before the band plays one of their hit songs. Well, IFC’s Comedy Bang Bang doesn’t play by those rules. In a clip from an upcoming episode of the absurdist comedy, Future Islands drop by after their tour bus quits out on them, and seem really eager to wow host Scott Aukerman with a song the way they impressed David Letterman. Aukerman and Reggie Watts, however, have different ideas.

Comedy Bang Bang has used its musical guests in truly unexpected ways this season, including the Flaming Lips, Weird Al Yankovic, the Lonely Island, the Vandals, and the National. The National in particular made waves when they stopped by to play greedy music teachers who “always get their check.” Watch Future Islands’ skit here, and check out the full episode when it airs on IFC at 11 p.m. EST on November 14.