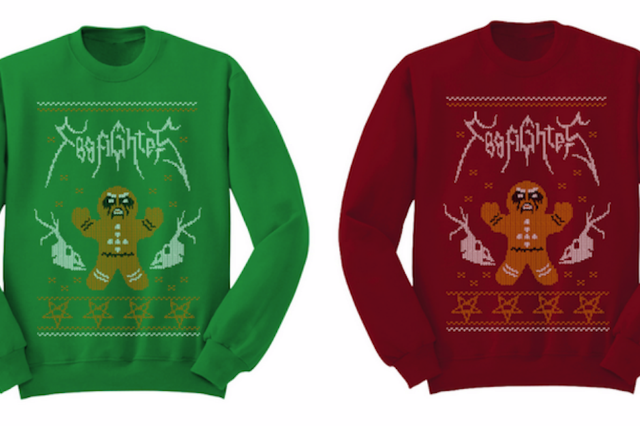 Thanksgiving’s now less than a week away, which means it’s just about time to break out all of those ugly Christmas sweaters up in the attic. But before you do that Foo Fighters, who are still in the midst of rolling out their Sonic Highways HBO show and prepping for a marathon tour in support of their record of the same name, have a bit of new merch that’s seasonally appropriate. The alt-rock legends have unveiled their own riff on the traditional ugly christmas sweater featuring an angry gingerbread man in corpse paint and the Foo Fighters name in a font that seems to crib from the black metal legends in Emperor. It’s pretty cute, and you can pre-order it now in both red and green if you’re so inclined.