Bob Dylan Almost Had His Own HBO Comedy Series

We'll be wishing this had come to fruition for a while 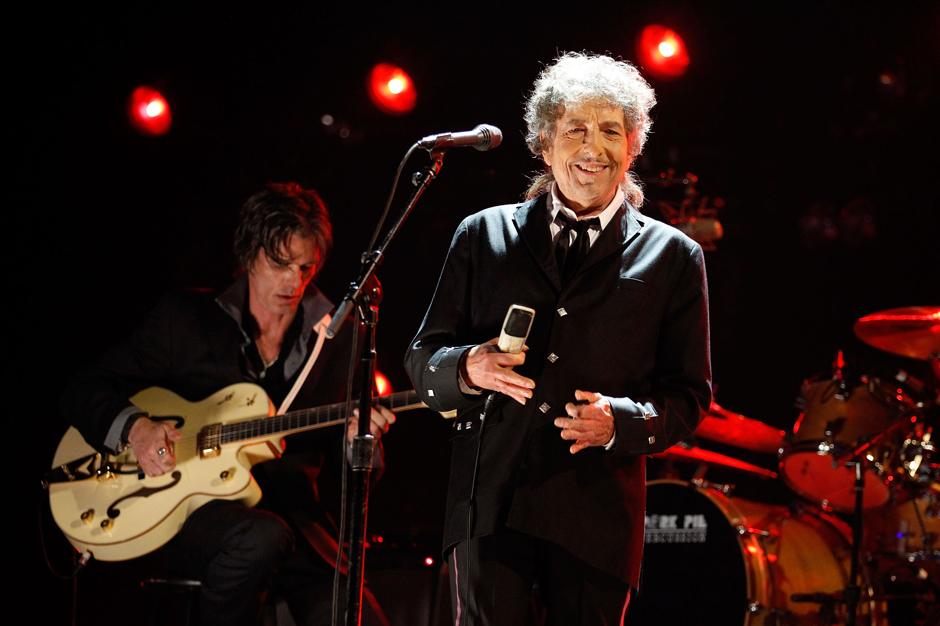 According to comedy writer and director Larry Charles, Bob Dylan could’ve been America’s next big comedy star had things gone according to plan. Appearing on Pete Holmes’ podcast, “You Made It Weird,” Charles — who was involved in Seinfeld, Curb Your Enthusiasm, and more critically acclaimed projects — HBO had tapped the legendary folk-rock singer to star in a slapstick series almost a decade ago. In Charles’ words (via Dangerous Minds):

I got a call that he was interested in doing [something], he’d been on the road, he does this endless tour, he’s on this tour all the time, he’s on this bus, most of the time. And he’s got a TV, this was back in the ’90s, he’s got a TV in the bus and he watches movies and he gets into certain genres of movies, and he gets like addicted to them and just watches every single one of them. And he had been watching Jerry Lewis movies. And he’d gotten deeply into Jerry Lewis, and he wanted to make a slapstick comedy. … He wants to do it as a TV series for HBO, so I’m called in to meet with him. He wanted to star in it, almost like a Buster Keaton or something.

However, according to Charles, as soon as the cable network greenlit the Dylan pilot, the Basement Tapes Complete singer backed out by claiming the show was too corny for his liking. Hear the entire, tangled-up-in-WTF? story below.