Bob Dylan Played a Live Show for Exactly One Person 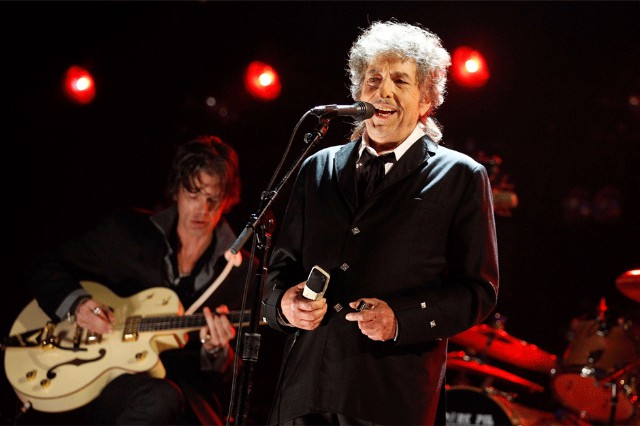 On top of paid paternity leave and free, government-subsidized health care, there has probably never been a better time to be a Swedish person. Why? Well, recently a 41-year-old Swedish man named Fredrik Wikingsson reportedly got to watch Bob Dylan and his band perform live at Philadelphia’s Academy of Music. The kicker: he was the only person in the audience.

According to Rolling Stone, the private Dylan concert was recorded as part of a Swedish film series called Experiment Ensam (Experiment Alone), which looks at how people experience things alone that they’d normally do with other people. During the set, Dylan and his band performed four tracks: Buddy Holly’s “Heartbeat,” Fats Domino’s “Blueberry Hill,” Chuck Wills’ “It’s Too Late (She’s Gone),” plus an unidentified blues song.

Dylan went on to play another show later that night, but Wikingsson opted not to go. “It would be weird and nothing could top this,” he told Rolling Stone. Look out for the film from the show when it turns up on YouTube on December 15. If you need us in the meantime, we’ll applying for a Swedish tourist visa.