The rapper turns in a tardy but brash and confident work 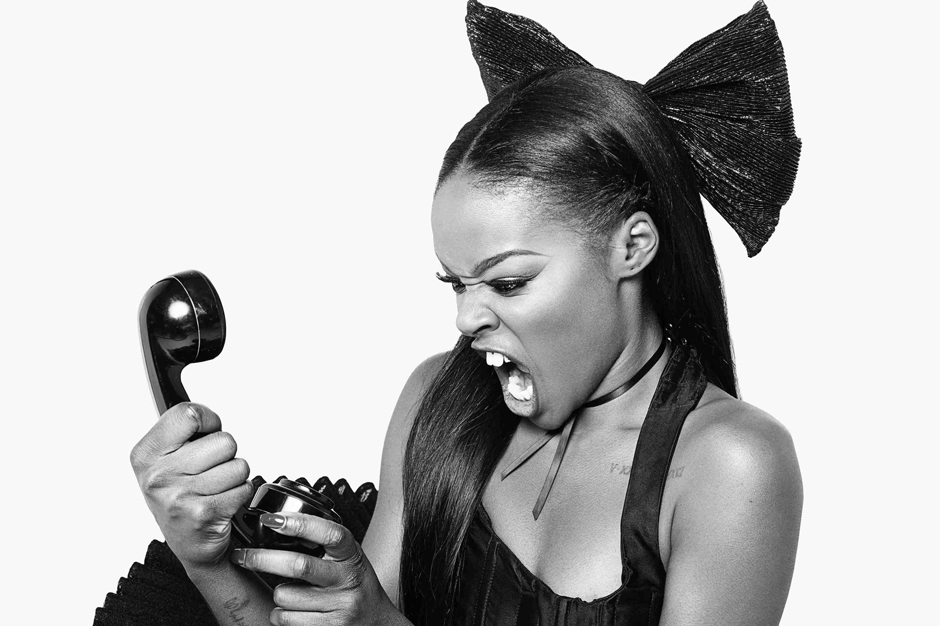 More than three years ago, Azealia Banks introduced her wonky and mystifying style with “212,” the brashest hip-hop debut single in years. Today marked 1,151 days since that single’s release, with nary release more than a miniature project here (the rapper’s 2012 1991 EP) and a wobbling mixtape there (the same year’s witch-hop stuffed Fantasea).

Banks has made no secret of her struggle with record labels, nor has she shied away from a controversial spotlight, often dragging anyone with a decent head of hair through murky social media mud. It’s a shame that she’s become more known for her opinions than her rhymes, because at the end of the day, the rapper has a tight grasp on her musical message and delivery. That’s why Broke With Expensive Taste — which she surprise-released earlier today — is exactly the project that fans were clamoring for, with Banks at her lyrical sharpest and, musically, her most eclectic so far. The kind of experimenting she does on her debut full-length could’ve gone dangerously astray (see the deliberately left-off “ATM Jam,” a misguided attempt at a Pharrell-assisted pop crossover), but she smartly knows its exact direction from song to song.

On “Ice Princess,” Banks samples Morgan Page’s 2011 cut “In The Air,” but flips the chilly original into a trap production with a little help from AarabMuzik on the decks. “Spent this whole commission on my neck and ears / You stand around me, need to have your winter gear,” Banks brags with an undeniable sneer in her voice. It’s the sort of dick-measuring not often done so cleverly and confidently (or with a xylophone!), buoyed by a gurgling chorus that kicks in with a burst. This could easily be the single that finally breaks the Harlem MC on the radio, and it’s about time. Her writing and rapping are fascinating to dissect (example: “Diamonds on Anna Wintour / These glaciers glamor and glisten”), superficially shiny but complex and layered on closer listen.

On the pounding, half-sung “Wallace,” Banks floats between islandy R&B (those rattling chimes on the chorus are an inspired touch) and rapid-fire, corner-side spitting. “He was on the Twitter but he never got followed,” she raps before breaking out into a full on Mary J. croon. Who needs to hire a featured artist when you can contort your vocals so well? It’s songs like this, and album opener “Idle Delilah,” that take you by total surprise when they could easily slip into the doldrums of complacency. “Delilah” is a hell of a way to make an opening statement, all beeps and lip-pops and mesmerizing enunciation (“Awwwwre ya soo-i-sie-dul?” she asks), her New York accent a guiding force on every single song. A flash of personality like this would be welcome on so many of this year’s duller pop releases.

There are certain moments that don’t make total sense, like the clunky “Heavy Metal and Reflective,” a sonically confused track that plays up its own production more than the star at hand. “Nude Beach a Go-Go” features the rapper singing over a cowabunga, beach-blanket-primed piece of fluff, and while cute in concept, it’s kitschy in execution and breaks the album up in jarring fashion. Some might question Banks’ inclusion of older tracks too, such as “212” (how could she not?), “Luxury” (from Fantasea), and “BBD” (a New Years Eve release in 2012, one she described at the time as “Trap, but it’s Rave. it’s Banjee, But still a lil classy”).

She was selective, though, in dipping into her roots: These tracks flow evenly with the new Expensive songs, balancing out her perpetually progressive sound with the rap-dance brilliance of her earlier days. A thinner version of “Gimme A Chance” appeared on an unofficial, pre-“212″ mixtape not widely distributed, and it wears its street-weary New York influence on its thumping bass line and gorgeously sung Spanish language outro. Even “Yung Rapunxel,” a single Interscope released in early 2013, makes complete sonic sense in context here.

It also says something that Banks can carry the entire 16-song effort almost entirely on her own, save a suave verse from Theophilus London on the Flume-esque “Jfk.” Broke With Expensive Taste is a project dripping in confidence, class, brilliance, and personality. Azealia Banks has long assured her fans and naysayers alike that she’s a voice worth listening to no matter how much red tape she had to cut through. Her debut album makes that abundantly clear.