The musician allegedly jumped on the back of one of his security guards, for starters 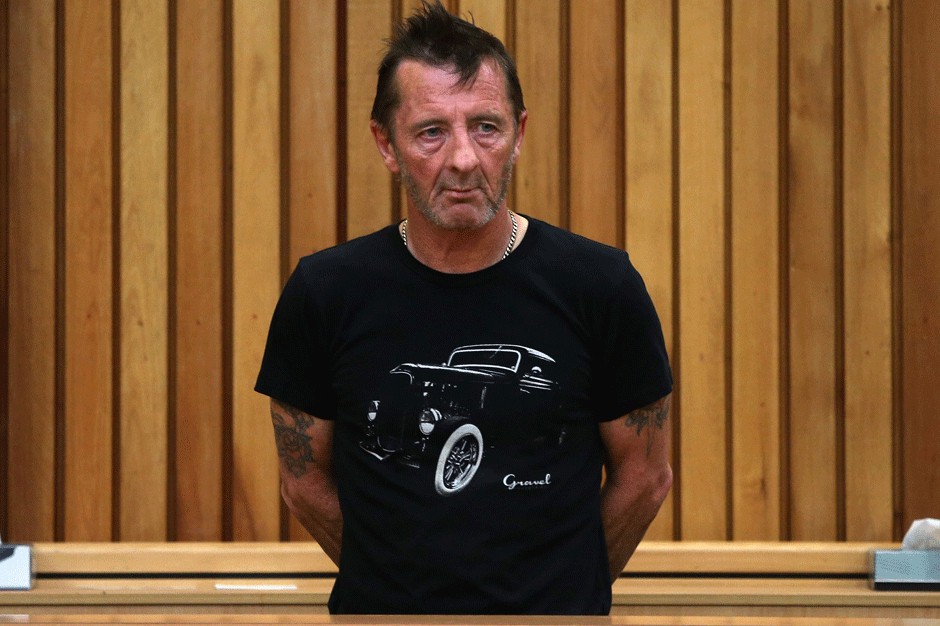 AC/DC drummer Phil Rudd had a decidedly strange court date in New Zealand on Wednesday, where he did a handful of things you probably shouldn’t do in court. According to Billboard, Rudd jumped on the back of one of his security guards outside of the courthouse. A New Zealand Herald writer also observed that Rudd winked at a reporter, drummed a rhythm on the dock, and sped away in a black sports car. He also didn’t enter a plea during his appearance.

Previously facing charges that state he was hiring a hit-man to kill two people, the 60-year-old has been let off the hook due to prosecuters citing a lack of evidence. Rudd, however, has also been charged with making death threats against another man, and posessing methamphetamine and marijuana. The musician is currently free on bail but does have another court date scheduled for December 2, where he could face a maximum prison sentence of seven years for the latter charge.